Below is a list of the best Self licking ice cream cones voted by readers and compiled and edited by our team, let’s find out 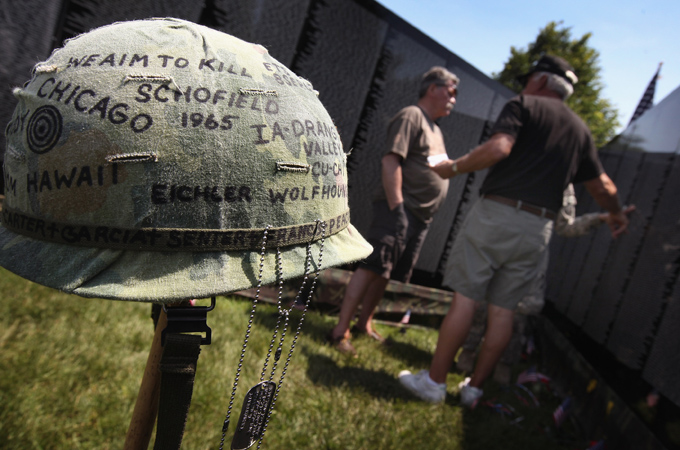 Ever since the West was deprived of the Soviet Union, Western right wingers have been inventing dire threats to the future of the West: Islam, immigration, abortion, gays and lesbians, atheists, and even Hispanic Catholics, these last responsible for undermining Protestant values according to Samuel Huntington.

At least the Soviet Union actually had the capacity to destroy the West.

What the Soviets might have done from outside, with a barrage of nuclear missiles, self-licking ice cream cones do from within. Their work is far advanced in nearly every sector of professional life.

These insidious and destructive ice cream cones come in many flavours in private and public organisations. I am most familiar with those in military and academic life, but people who work in other professions may experience a glimmer of recognition.

As far as I am aware, the phrase came into usage among knowing observers of the Vietnam War. A self-licking ice cream cone is a programme or policy that costs money and resources, generating a great deal of activity; produces indicators of its own success, preferably quantitative; but does not actually achieve its announced goals. Indeed, a proper self-licking cone undermines the very purposes for which it was created, while at the same time sucking in ever more resources from worthy and effective activities.

In the early 1960s, the US Air Force (USAF) advisory mission was trying to expand its role in South Vietnam. For this it required targets that were helpfully supplied by South Vietnamese officers. The targets were labelled “VC arms factory” or “command and control facility”, but were in fact peasant huts or the most prominent building in a village. The fighter bombers would go out and blow up these “structures”. Damage assessments duly reported a high rate of “success” – blown up huts.

To really grow this cone and set the self-licking in motion, an ever expanding list of targets had to be invented.

“The corruption of development assistance is a recruiting sergeant for insurgency.“

More targets meant more bombing, and more bombing meant a bigger role for the USAF. The result was more budget, more planes, and career advancement for all concerned.

The only problem was that the bombing was helping lose the war. Predictably, the peasants turned against Saigon, leading to the introduction of US ground forces in 1965. Like the “body count”, the number of “structures” destroyed had no relation to actually winning the war. It was an indicator of organisational “success” wholly divorced from reality, and from the values that the organisation was supposed to be serving. The USAF was killing the very peasants it was there to save from communism.

Self-licking ice cream cones can arise in any modern organisational environment. People dedicated to the values of their vocations always have had to struggle against them-as did more than a few US officers in Vietnam.

Today, however, the problem is exponentially worse. Neoliberalism, with its audit culture and fetish for short term quantitative indicators, is a mass production facility for self-licking cones. Everywhere bottom line measures of “efficiency” shape the activities of organisations and determine career advancement, selecting the kind of people and personalities who prosper in the system.

In the British National Health Service, general practitioners are assessed in part by the number of completed patient visits. Consequently, one has to go to the doctor several times for simple ailments so that statistics can be massaged.

In Iraq and Afghanistan, much of the development aid provided by the US was outsourced to the private sector. In one electrical generation project outside Kabul, $40m of $300m were lost to contractor delays and other difficulties in order to build a plant that mostly sits idle. Without competitive bidding, the same contractor somehow has been given a new contract to the tune of $266m.

From the point of view of those living in Kabul, the reality is a melting cone that cannot be licked; for the contractors, it is like a bottomless tub of Ben & Jerry’s ice-cream, reward for inventing indicators of “progress” amid farce. As with the USAF’s bombing in Vietnam, the corruption of development assistance is a recruiting sergeant for insurgency.

The fall of the British academy

Over remarkably short periods of time, self-licking ice cream cones corrode professional integrity and set in train dynamics that undermine core values. For the last fifteen years, successive governments have sought to turn the British higher education system into 31 flavours of self-licking cones. Various forms of audit have been imposed on the sector concerning research output, rate and time for completion of PhDs, student satisfaction, grant income, and so on.

In common with the USAF in Vietnam or contractors in Afghanistan, the “indicators” used in these audits – applied as ham-fisted national-scale policies – have little direct connection to what they purport to measure, much less to the values the academy is supposed to serve.

Initially, the professoriate tried to game the system, and did so with some local success. Under good leadership, the necessary scores could be achieved while staff still acted according to traditional values. But with each audit, resources flowed to those who scored highest; to those who most fully adapted to the surreal indicators; to those who either came to believe in them or – effectively the same thing – acted as if they did.

A new class of manager-academic arose, whose careers prospered by “modernising” university departments and staff, making them perform in accordance with bottom line indicators. A university system that took decades to build was dismantled by its own hands in less than a generation. As for principled resistance, one was more likely to find it among the US officer corps in Vietnam than among British academics.

The fate of values in a world of organisations

The great danger in modern life is the detachment of ultimate values from the organisations and institutions that are supposed to serve them. Bureaucracies, despite their bad press, are enormously efficient forms of organisation in the public and private spheres – they get things done and make the trains run on time. The problem is deciding upon and directing them towards what they ought to be doing.

Seductive measures of efficiency, the kind of personalities who thrive upon them, and the army of neoliberal self-licking cones has been unleashed on all walks of life threaten to overwhelm the West. We are so busy fulfilling our quotas that we have no energy to act on the values that should define us.

The views expressed in this article are the author’s own and do not necessarily reflect Al Jazeera’s editorial policy.