This story is part of a weeklong Yahoo series marking one year since the opening of relations between the United States and Cuba.

HAVANA — While ice cream is sometimes just a refreshing treat on a hot day, the ice cream at the Cuban government-run parlor Coppelia has deep revolutionary origins and purposes. But that hasn’t stopped many Cuban exiles in America — including those distrustful of the Castro administration, which founded Coppelia — from remembering the ice cream with fondness, futilely searching out copycat replacements in Miami. Coppelia was and is larger than life, with its flying-saucer-shaped central building and canopies of banyan trees for comfortable outdoor seating. As I discovered on a recent trip to Cuba, it has been described as both a “palace” and a “cathedral” by visitors — an ironic designation considering its secular, populist roots.

This feverish regard for dessert is reflected in pop culture. In the 1994 Academy Award-nominated Cuban film Strawberry and Chocolate (Fresa y Chocolate in Spanish), naive university student David meets flamboyantly gay artist Diego at Coppelia in 1979. In this sexually charged scene, Diego, carrying a bouquet of flowers, sets down his ice cream at David’s table. “I couldn’t resist the temptation. I love strawberry! Mmmm … It’s the one good thing made in Cuba,” he says, spooning a whole strawberry out of his sundae. In this moment, David realizes that Diego is gay because he chose the strawberry flavor over the much more popular chocolate flavor, which was also available that day. In this moment, foreign viewers were also introduced to Coppelia as an institution.

El Comandante, Fidel Castro, grew up on a dairy farm in the southeastern part of Cuba near the second-largest city, Santiago de Cuba. He was obsessed with dairy products, especially ice cream, as suggested by both painstakingly compiled biographies from scholars and anecdotes from close friends. “One Sunday, letting himself go, [Castro] finished off a good-sized lunch with 18 scoops of ice cream,” wrote the celebrated novelist and close friend of Castro, Gabriel García Márquez, in a 1987 essay, “A Personal Portrait of Fidel.”

According to Castro, a strong dairy industry was necessary because of the trade embargo, and an economy that had a high reliance on sugarcane production needed to diversify. (In the 1800s, Cuba produced over 40 percent of the world’s sugarcane.) To this day, all cows in Cuba are state-owned and protected, and beef is both expensive and hard to find in markets and restaurants. When the French diplomat Andre Voisin came to visit in 1964, Castro asked him to try Cuban Camembert cheese. “Not too bad,” said Voisin reluctantly, according to Robert E. Quirk’s biography, Fidel Castro.

But the most well-known incident of Castro’s desire for world dairy domination is the creation story of Coppelia. After tasting ice cream on a visit to the U.S., Castro asked his ambassador to Canada to send all 28 flavors of Howard Johnson’s ice cream (no longer manufactured, unfortunately). After Castro tasted all 28 containers, he declared that the “Cuban revolution must produce a quality ice cream of its own.”

Ice cream, of course, existed in Cuba before Coppelia — there are at least 265 days above 85 degrees Fahrenheit every year. Chinese Cubans sold tropical-fruit sorbets on the street, for example. Coppelia opened on June 4, 1966, on Calle 23. It is right across the street from the Habana Libre hotel — also known as the Habana Hilton, until all American hotels became nationalized in 1960.

This past May, while visiting a friend studying at the University of Havana, I waited in line for more than an hour for an ice cream ensalada (a bowl of five scoops) at the Coppelia parlor.

But in 2015, you’re lucky if you get to choose from three different flavors.

You could just get one scoop for a taste, but for only 20 cents you get the five-scoop ensalada — Castro wanted ice cream to be the great equalizer, a populist indulgence that everyone could enjoy at little cost.

“If you see chocolate on the daily menu, cancel your plans and enjoy the queue,” my friend told me. He says that on most days, when he walks past Coppelia on the way to class, he sees only vanilla.

On my first visit to Coppelia, I got five scoops of “strawberry” (unlike Diego, I didn’t pick any strawberries, whole or partial, out of my watery ensalada). The scoops were already half-melted when they were scooped out of the tubs. My friend suspects that the ice cream is now made from evaporated milk. “You can’t compare this to your bougie artisanal ice cream from Brooklyn.” he told me. “This is great for Cuba.”

He was right. Because the Cuban economy was decimated from the collapse of the Soviet Union in 1991, ingredients and flavorings that we take for granted in America are still scarce in Cuba. At my friend’s request, I brought him some red-pepper flakes from the United States. He was sick of using just salt as flavoring.

“Coppelia had fewer flavors in the ’90s,” sociologist Guillermo Grenier recalls. “But they never stopped serving even when times were extremely hard. I’ve seen long lines even at the peak of unemployment.”

Over the next two weeks, I left Havana and backpacked across the island, scoping out the different Coppelia outlets around the country, culminating in the one called La Arboleda in Santiago de Cuba. In Holguín, I found coconut ice cream — with real flakes of coconut! — drizzled with caramel syrup, and I didn’t have to wait in line in this relatively small city of 288,000 people.

“I’d consider this to be as good as American ice cream,” my friend said as we licked up our last bits of coconut, glancing at the quotations from Cuban revolutionary José Martí on the wall, fading, cracking, and peeling in red paint.

These days, all Coppelia parlors, just like most buildings in Cuba, are charmingly crumbled time capsules from an era when the government wanted to make a glossy, populist new infrastructure for its citizens — unfortunately, routine maintenance has fallen on the wayside.

Cuban-Americans who fondly remember Coppelia don’t think about the peeling paint or the long queues, though. “Ice cream connects Cubans, past and present,” Sebastián A. Arcos, Florida International University’s Cuban Research Institute associate director, explains. It’s a homage to a time when the decadence of five scoops of ice cream for 20 cents symbolized the promise of a new government — a government that neither trade embargo nor economic collapse could stop. Currently, in the Little Havana neighborhood of Miami, Coppelia-style ice cream parlors like Azucar attempt to capitalize on this nostalgia from Cubans who grew up with Coppelia in the ’60s and ’70s. “We are still looking for the holy grail of the ’70s Coppelia flavor. You still have that memory of the ice cream that you can never find anywhere else,” Arcos says. “You cannot find it anywhere else — not even at Coppelia these days!”

The day before I left Cuba, I went to Havana’s Coppelia once more, but because I was short on time, I skipped the locals’ line and went straight for the considerably more expensive, queue-less tourist area. One scoop of ice cream for tourists is about 10 times as expensive as a 20-cent ensalada, available only in the locals’ line. You almost never see locals in the tourist line, but that day I met a local Cuban mother buying single-scoop ice cream cones for her two sons for the equivalent of US$2 each. “¡Pero es vale la pena!” she told me: But it’s worth the price! The tourist area, she discovered, was the only section selling chocolate ice cream that day. Baskin-Robbins may have 31 flavors, but Coppelia needs only one.

See more stories on this topic >>>

Through this article, we hope to help you understand Fidel castro ice cream 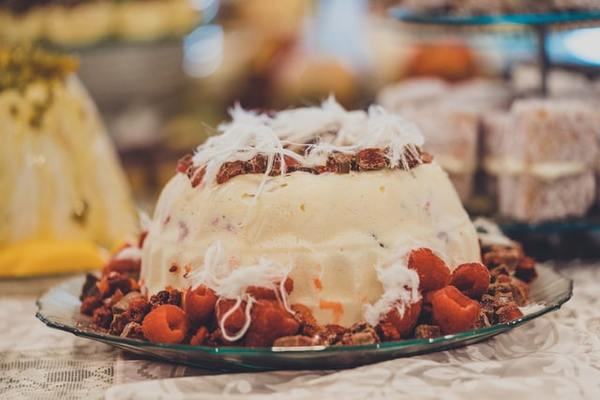