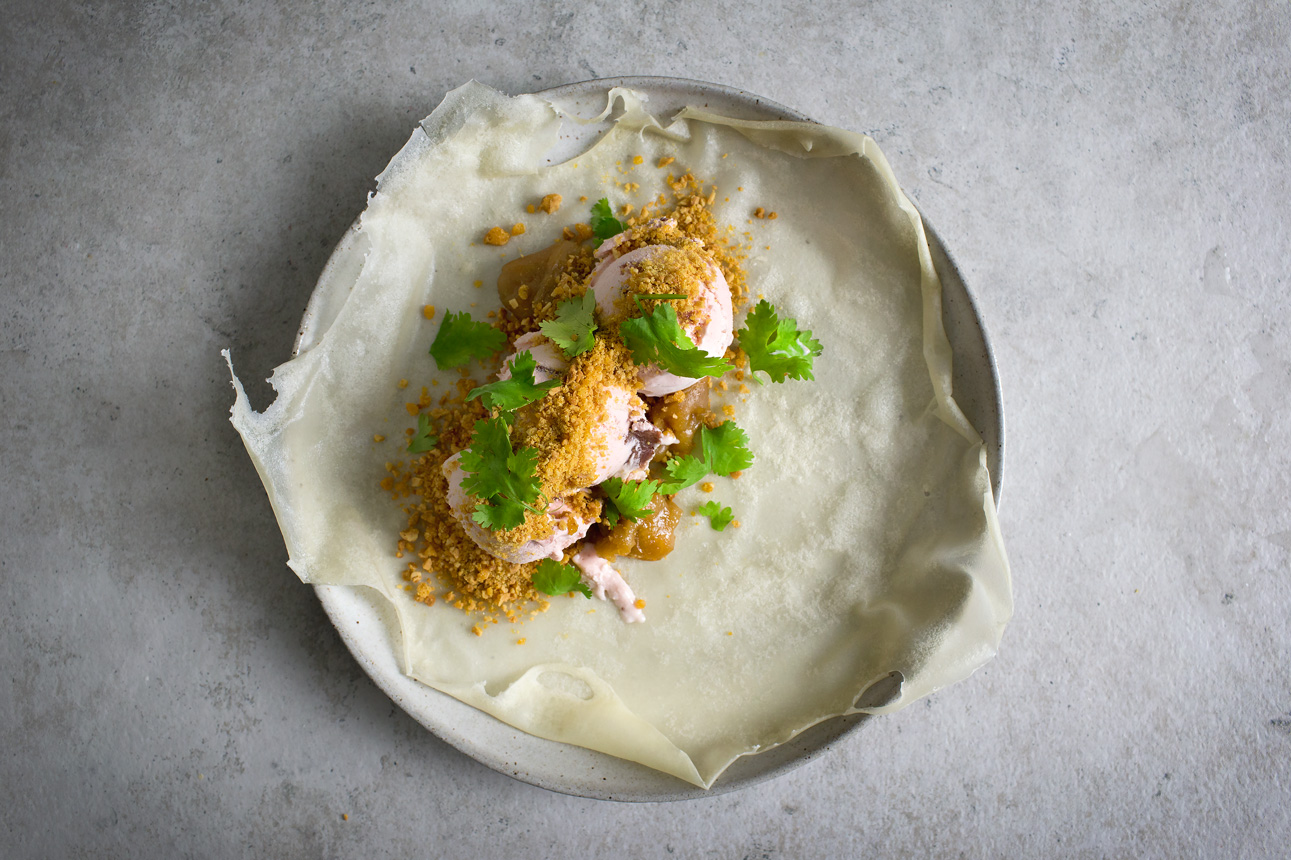 …BUT IT DOESN’T STOP THERE. THE REAL MIND-BLOWING PART IS THE LAST DESCENDING SPRIGS OF THE UNIMAGINABLE… FRESH CILANTRO LEAVES

If you were those who like to travel to unfamiliar places, see unfamiliar pictures, eat unfamiliar things, chances are that for many times, you have been caught up in moments where I’d like to call – the encounters of food paradox. Foods that don’t make sense, shouldn’t make sense, but the moment we put one in our mouth, the argument between logics and instincts all quiets down, and the only sensation left with any capacity for thoughts, is how defiantly delicious it stood against our prejudice. It changes everything, on top of the very least, our palette henceforth, will never be the same. This post, I hope, is about exactly that.

I have been longing to find a way, an accessible angle, to tell you about a thing called, ice cream-spring roll. It’s a common street-food in Taiwan, not particularly flashy or groundbreaking. In fact, among the immensely competitive and ever evolving Taiwanese street-foodscape, one may even argue, standard stuff. But if you have no affiliation with the food-culture from this island proud for nothing but, the concept of this ice cream-spring roll, with its deceivingly predictable name, may just very well be your next big revelation. Up front, what is expected surely is that there’s ice creams, most likely local flavours like taro or mango but could also include strawberry and vanilla, which are rolled inside a chewy crepe made with simply flour, water and salt. No innovation there. But to make things more interesting, a tall pile of sweet nutty and salty ” sandy streusels” is being shaved directly from a ginormous brick of peanut and caramel brittle, matching its proportion to the ice creams to almost 1:2. The shaved/ground peanut caramel brittle alone, already completely push the texture and flavour of the spring roll to another dimension, but, it doesn’t stop there. The real mind-blowing part, is the last descending sprigs of the unimaginable, the last to belong in the dessert isle, the controversially pungent… fresh cilantro leaves. What?!

You know I would describe it to you if I could. I’d say it’s melty, creamy, sandy and crunchy all encased inside a film of chewiness. I’d say that it’s sweet with pops of saltiness, the permeation of powdered peanuts and caramel and a whiff of herbs in the back-note. But for the life of me, I cannot describe to you the immense confusion upon the impact of the first bite, then the gentle surrendering into the next, then a breeze of exhilaration on the last. So I won’t. You’ll have to try this one out yourself. Because, that’s the beauty of a food-paradox isn’t it? One that does and should be lived outside the limitation of words. Maybe you’ll hate it. Maybe you’ll love it. Whatever it is, we will celebrate the forever-forward exploration that is eating. 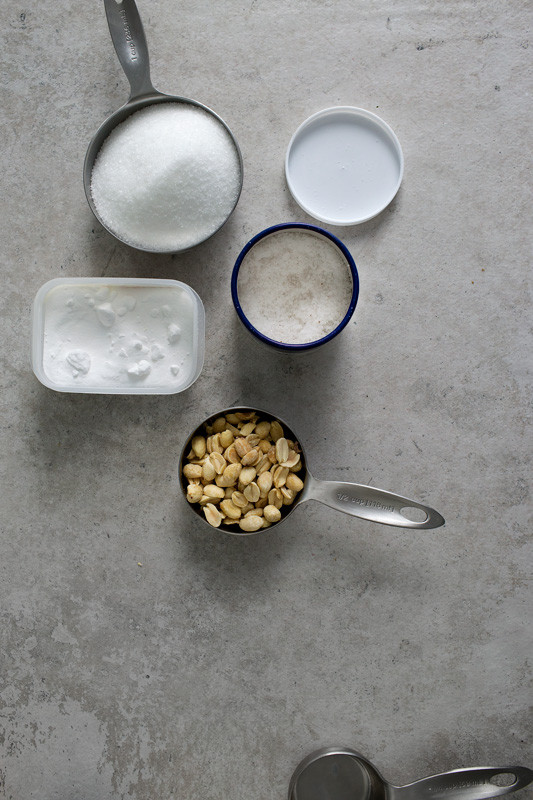 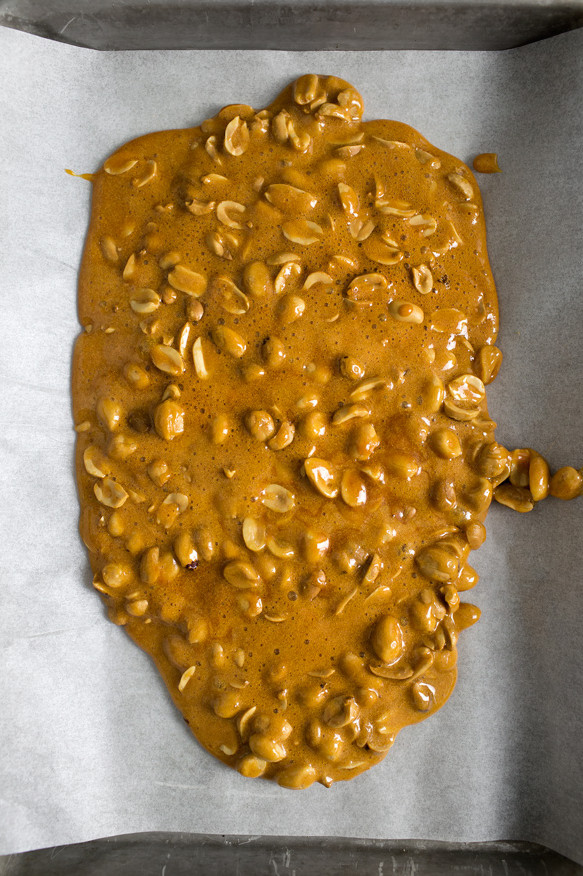 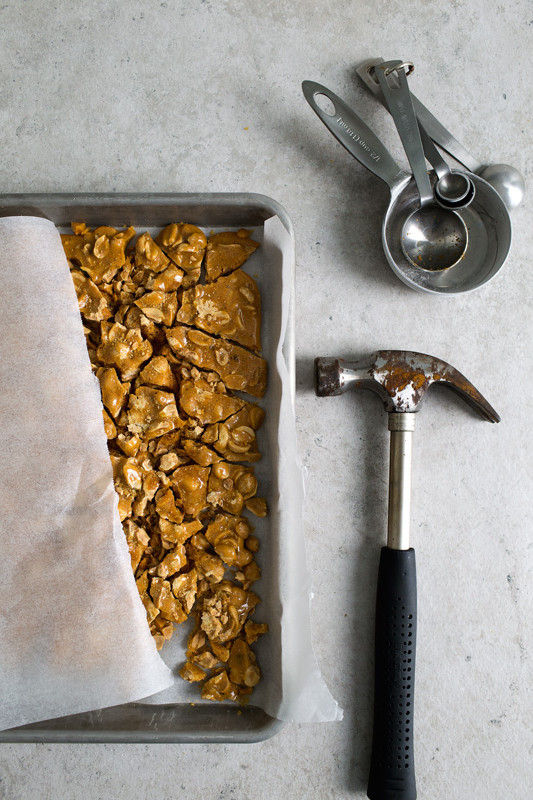 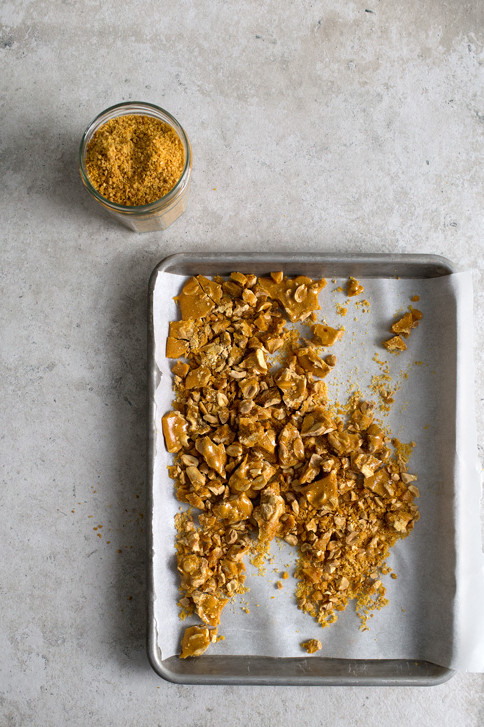 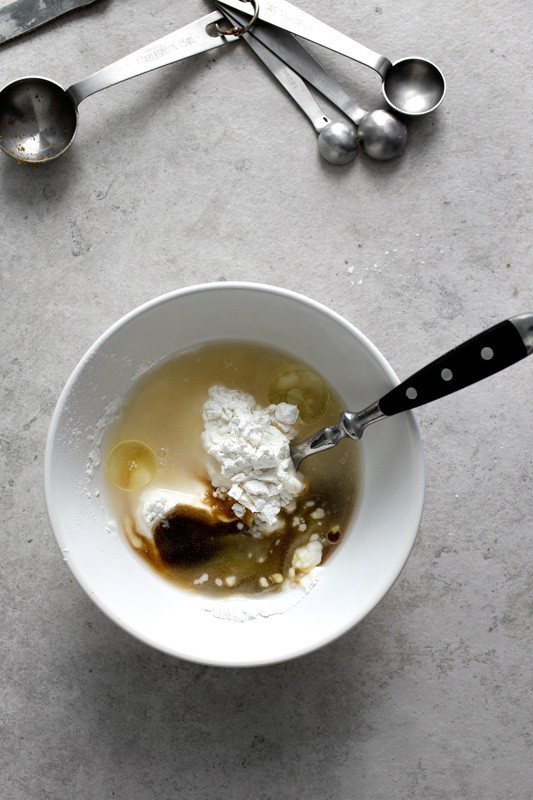 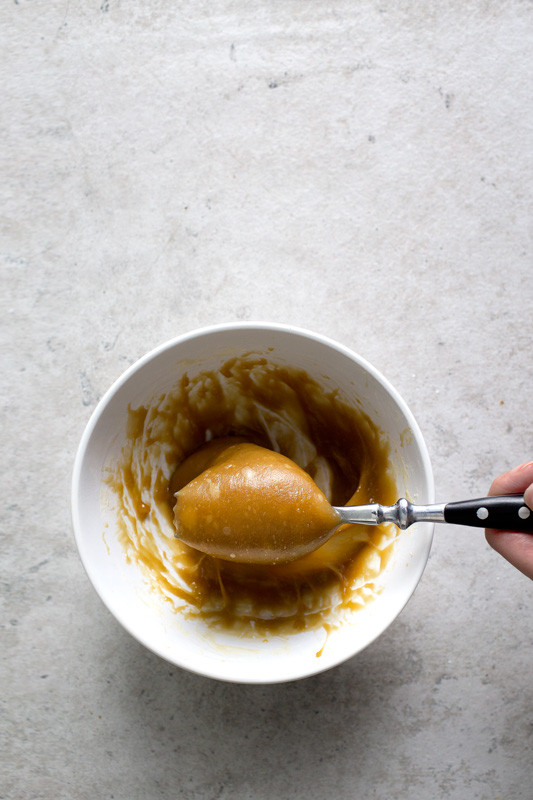 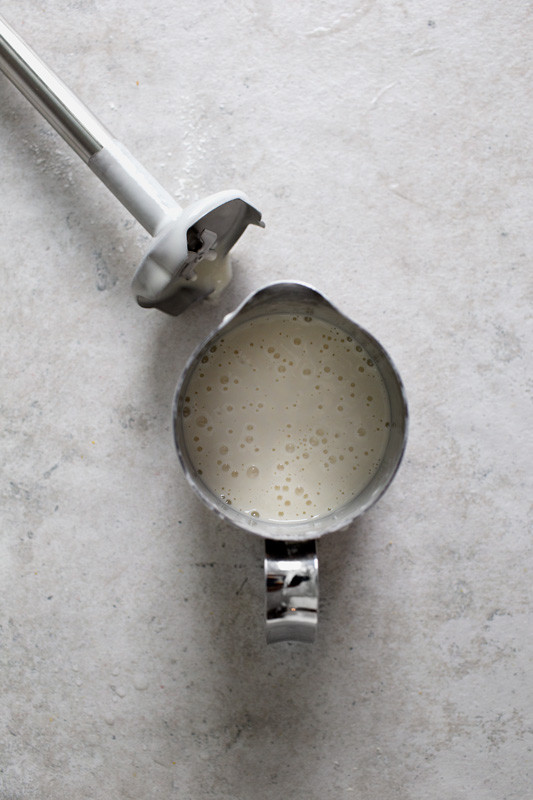 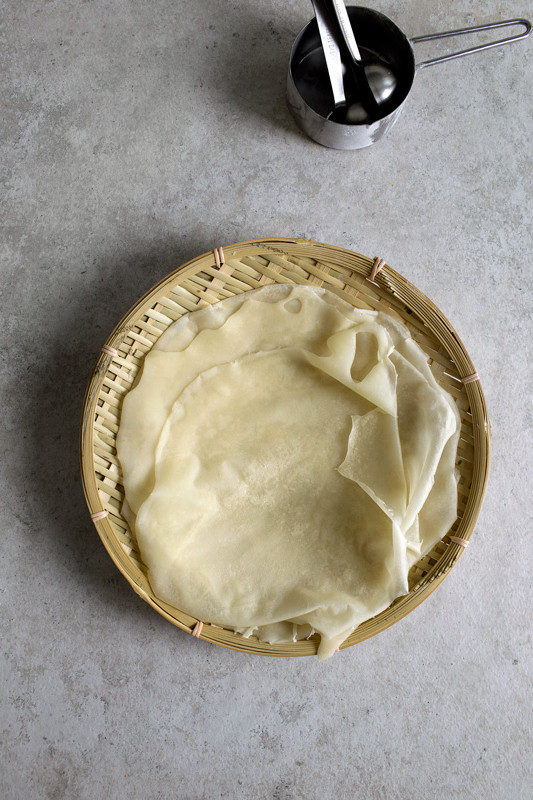 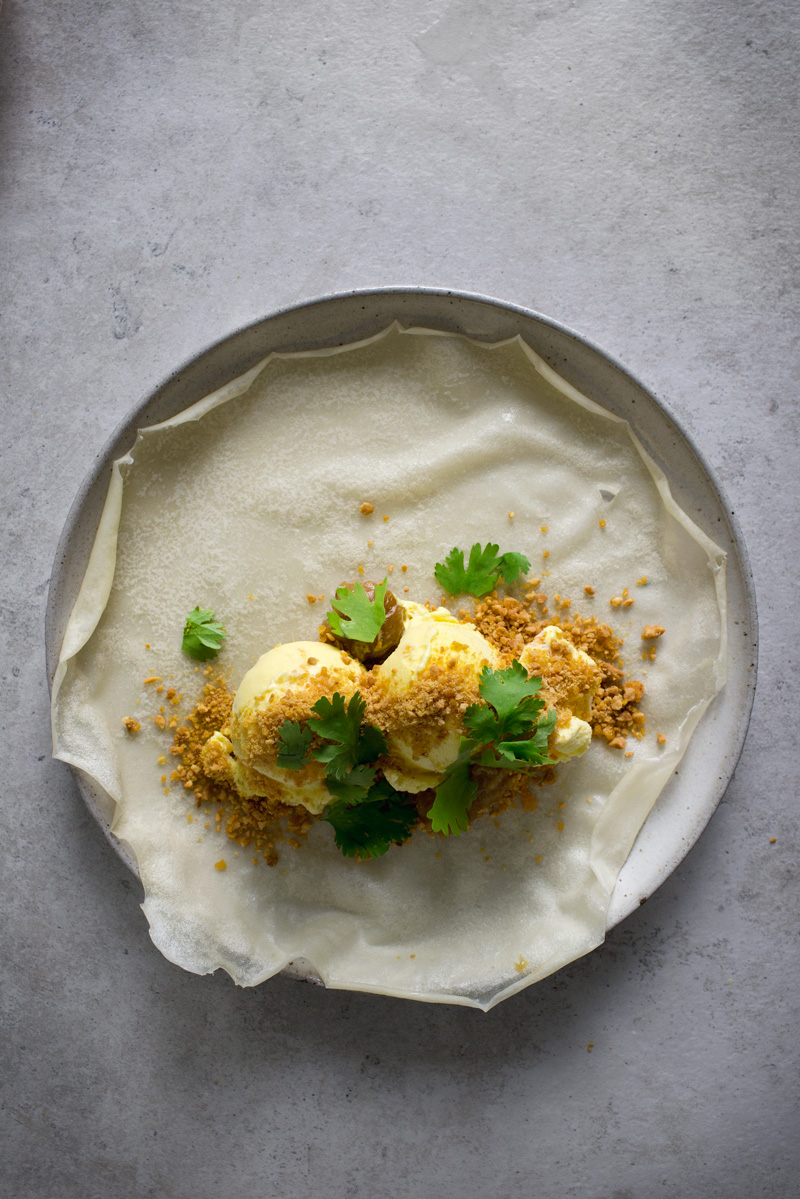 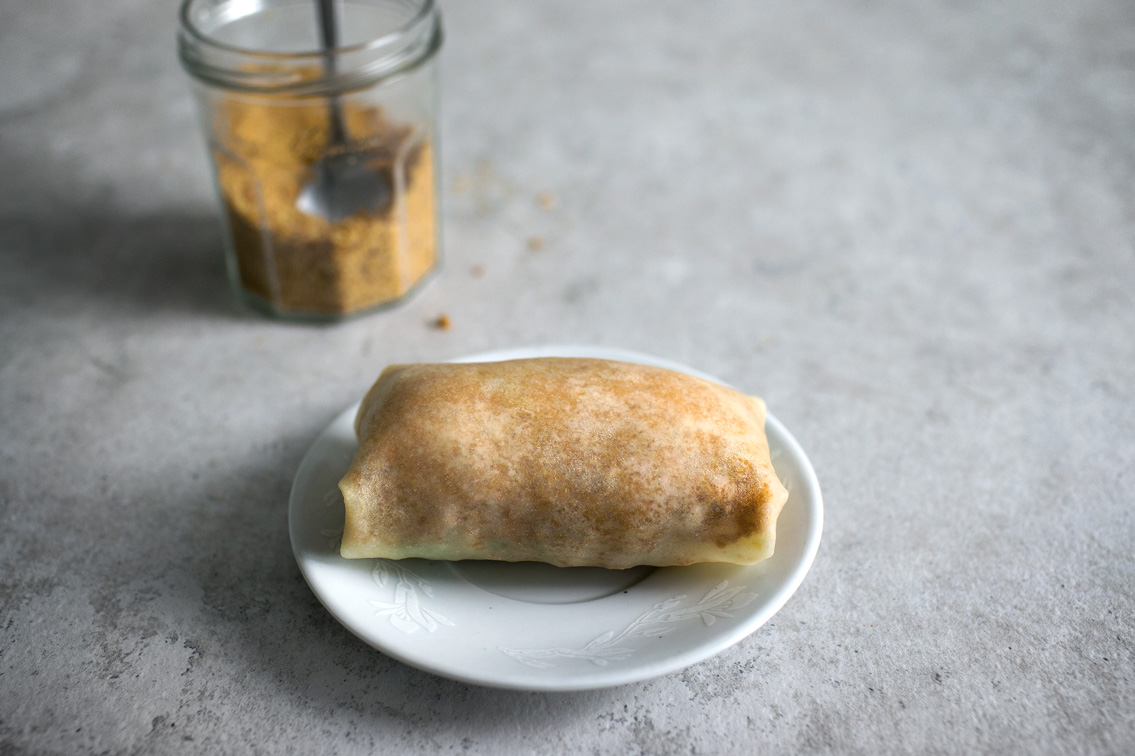 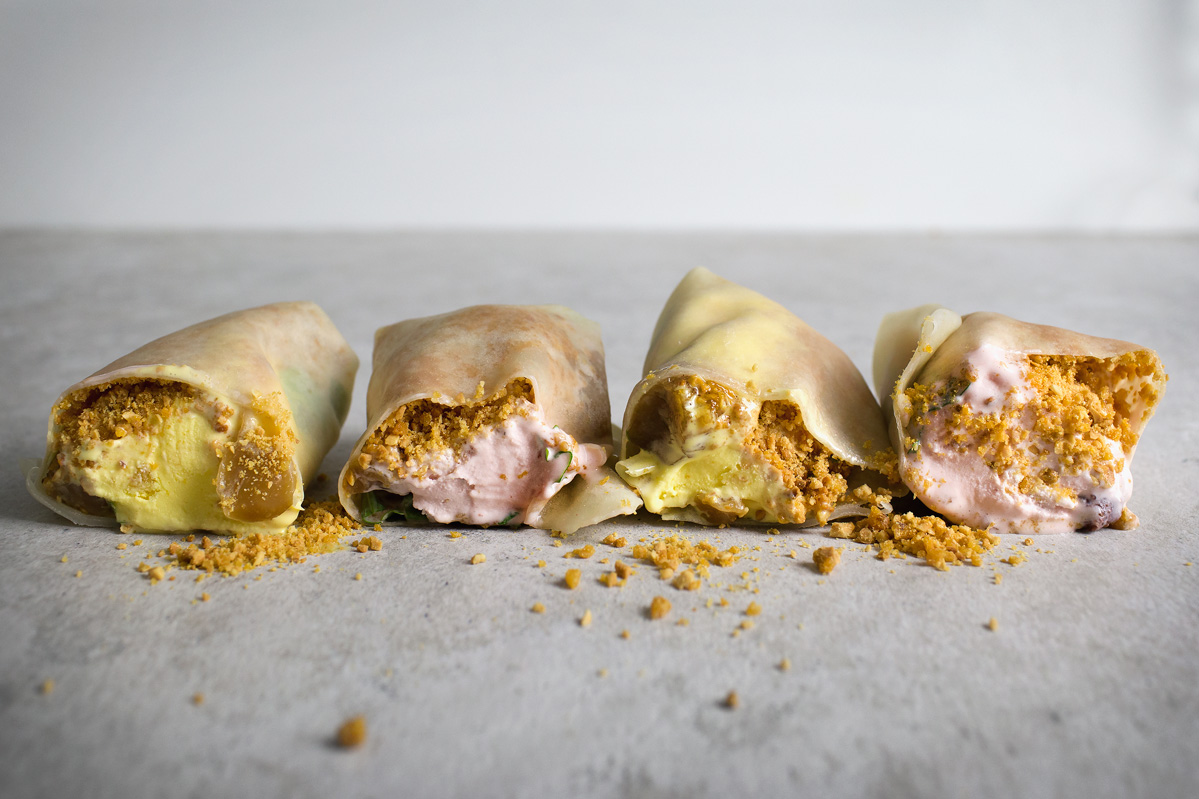 The most important thing to explain here, is the wrapper/crepe being used. This is NOT the same thing as the Chinese fried spring roll-wrappers you can find in most freezer-sections. In fact, it is rarely seen in most supermarkets, Asian or non-Asian, even here, because it’s something people only eat around Chinese New Years or as a street-snack. You may be able to find it in Southeast Asian supermarkets, named as “popiah” (a local Taiwanese dialect). These flour-crepes are made from rubbing/dabbing an extremely wet and elastic dough on top of an iron-griddle, then peeled away once cooked. I have tried to do it the authentic way at home, but it was very tricky when most of our crepe-pans were utterly non-stick. The dough had a hard time sticking to the surface, and thus, couldn’t form a connected surface. So, you have 3 options.

For those of you, like myself, who aren’t quite team-cilantro… I would urge you to at least give it a try here. The cilantro’s sharp taste, for some mysterious reasons in this particular case, will blend smoothly into the background and faint as a whiff of light herby-ness. I mean, if you still decided that you hate it, then simply just omit it, or substitute with fresh mint or something. Then last but not least, the original ice cream-spring rolls do not have mochi in them… I just couldn’t help myself. So it will reasonably listed as “optional”. 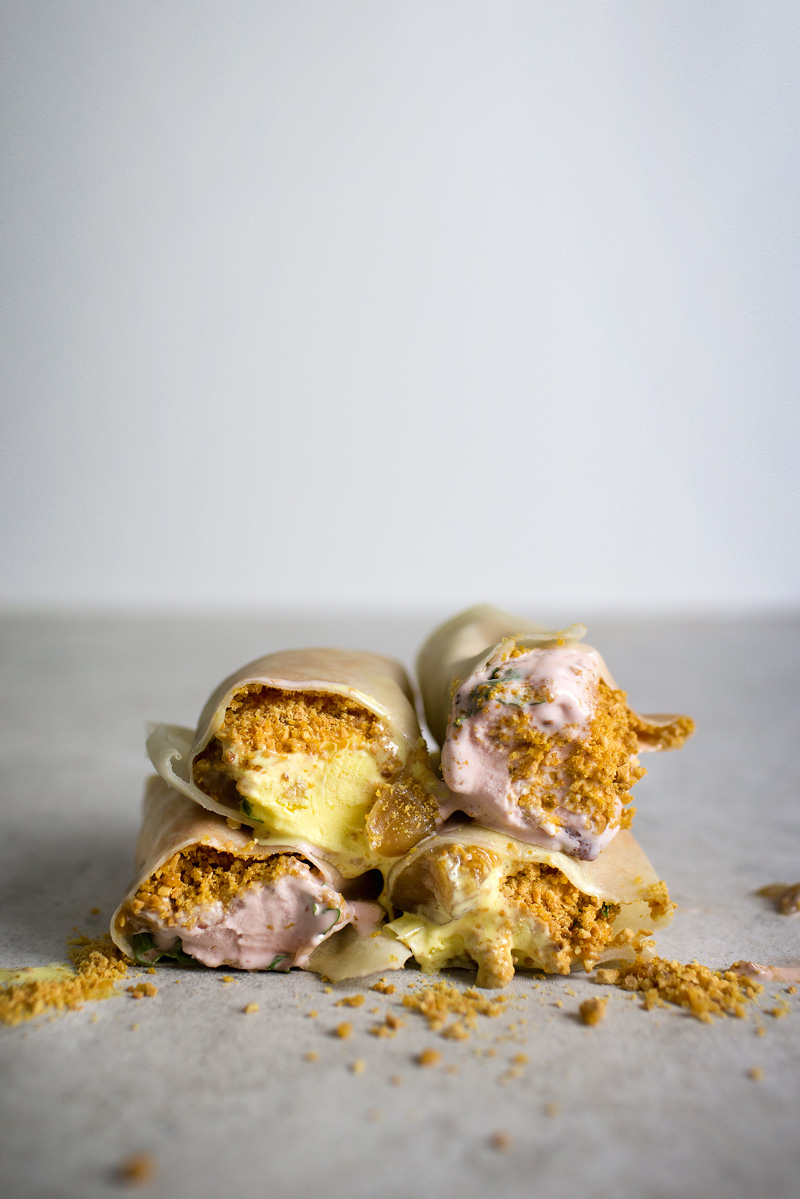 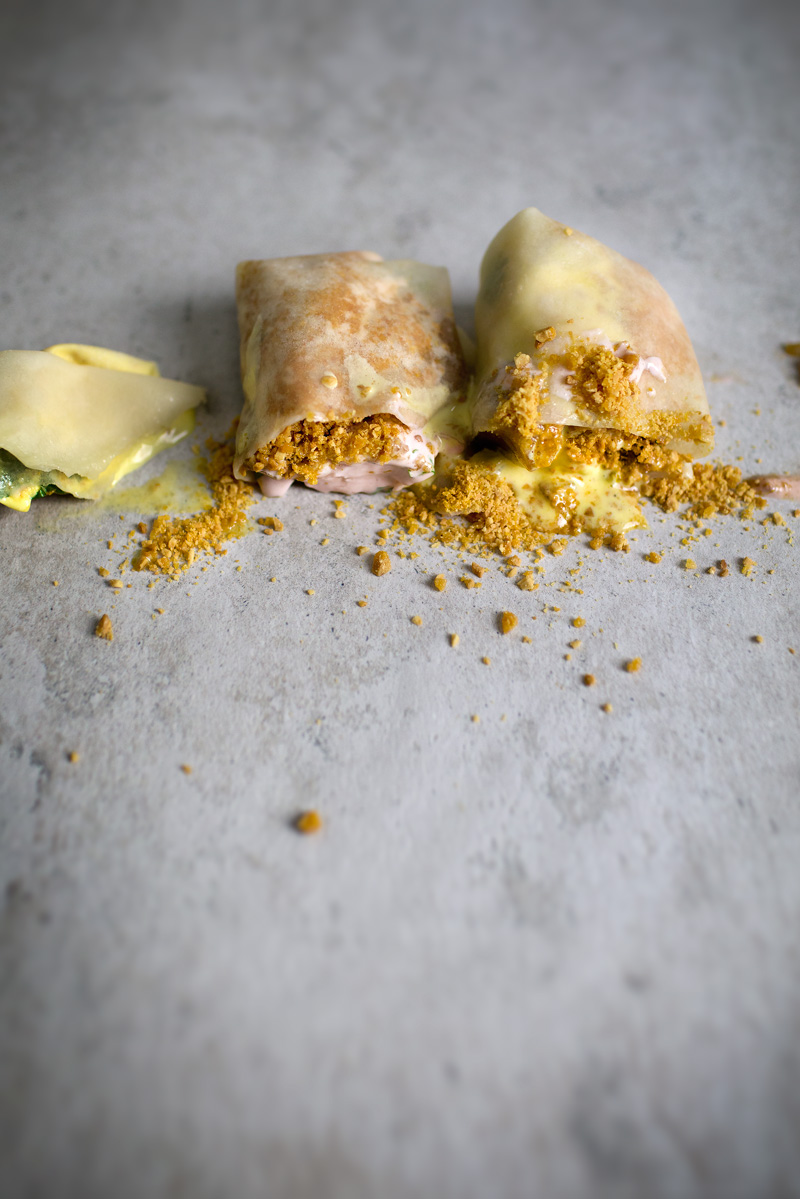