Here are the best information about Ice cream in argentina voted by readers and compiled and edited by our team, let’s find out

Oh for the love of sweet, creamy ice cream, Buenos Aires might be the most helado-rific city in the whole wide world.

Walk down just about any block in this crazy capital and you’ll be sure to find a flavor-packed multicolored display of glorious ice cream, served by the cone, cup, or kilo.

We can thank Argentina’s Italian immigrants for this fantastic sweet obsession. Similar to gelato, unlike North American style, this ice cream is served at a warmer temperature, has a denser silkier texture, like a pliable soft serve, and is generally made with whole milk instead of cream. Almost always artisanal, overall the local version is of an incredible high quality, all-natural, and rarely contains any artificial flavors or preservatives. 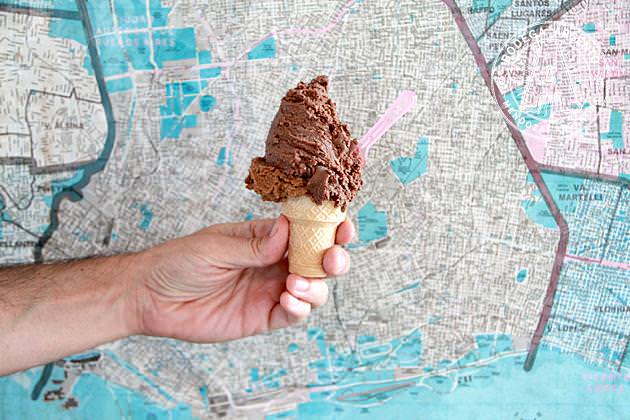 In order to get down with copious amounts of frozen gold, and get up into Buenos Aires’ helado hot spots, let’s first go over some serious important ice cream tips:

It can be quite intimidating rolling up to the parlor expecting to make a quick (and totally critical) flavor decision on the fly, especially when you’re unfamiliar with the selection. Don’t let the impatient heladería workers rush you. It’s a big deal that should be strategized and well thought out. 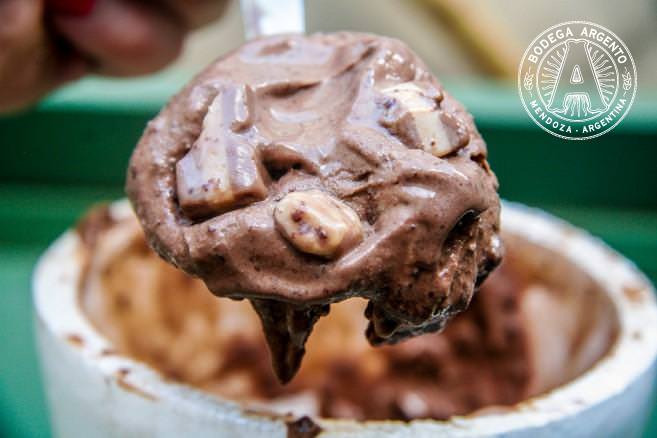 The ice cream flavors are generally separated by base type:

Please whatever you do, don’t order the worst ice cream flavors ever, quinotos al whisky, or anything with pasas de uvas (raisins). Who are you people?!

Occo HeladosDorrego 1581, Palermo/Chacarita Occo brings ice cream flavors to the next level. A small spot near the Mercado de Pulgas, this helado powerhouse busts out inventive ingredients and combinations like no other porteño parlor.Flavors of choice: Cheeselimon, Coconut with banana and dulce de leche, Chocolinas, Chocolate picante

Helados JaujaFederico Lacroze 2239, Belgrano Cerviño 3901, Palermo Botánico This family-run operation has been known to cause serious ice cream dependencies. The headquarters are in Patagonia, where they also source all their natural ingredients and fruits that go into the ice cream.Flavors of choice: Peperina granizada (local mint-like herb with chocolate chips), Mousse del piltri (Dulce de leche mousse with caramelized almonds), and Chocolate profundo (dark chocolate) 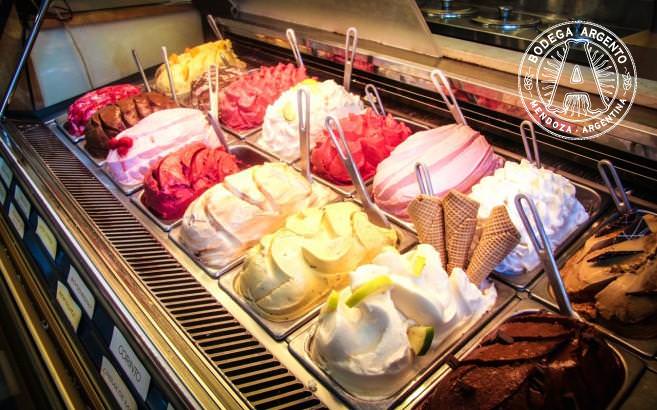 The helados of Jauja; photo by Allie Lazar.

BúffalaAv. Pueyrredón 2100, Recoleta Imagine setting forth across Italy on an ice cream quest, stopping in small towns and cities to taste the country’s best gelato. It’s basically the vacation of my dreams. And that’s exactly what the owners of Búffala did before developing their unique recipes, which are mostly made from buffalo milk.Flavors of choice: Rocher (Ferrero Rocher chocolate), Mojito, Mascarpone

Rapa NuiArenales 2301, Barrio Norte Chocomaniacs should just drop whatever you’re doing now and head over to Rapa Nui. Seriously. Stop reading this and go. The Bariloche-based company has been in the chocolate business since 1932 and produce one killer product.Flavors of choice: 80% Cacao, FraNui (White chocolate, chocolate ribbons and raspberry coulis), Toffee 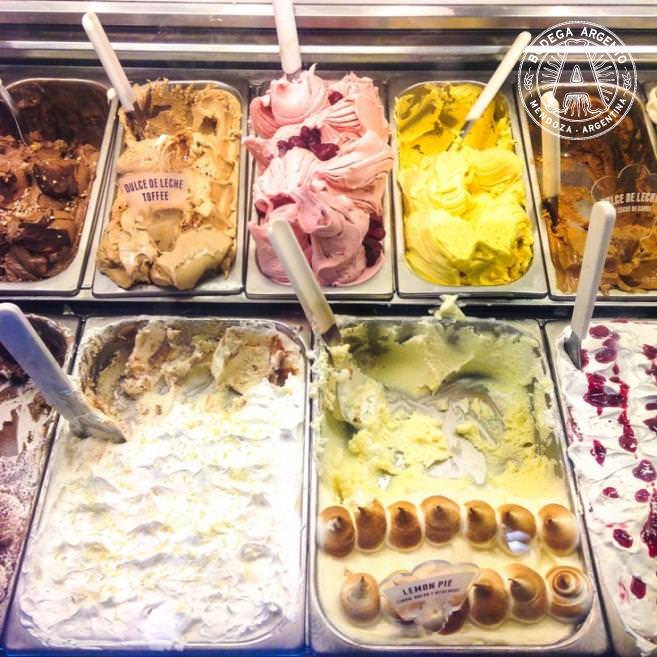 Some of the helado selection at Rapa Nui; photo by Allie Lazar.

Dolce MorteElena, Pony Line Bar, Nuestro Secreto in Four Seasons Hotel Posadas 1086, Recoleta Only a serious ice cream would have skull and crossbones as the logo. Joaquín Grimaldi aka the Punk Rock Pastry Chef developed this exclusive line of cutting edge flavors to surprise and delight all sorts of palates. It’s worth of visit to the Four Seasons Hotel just for a taste of this exciting helado.Flavors of choice: Dark After (dark chocolate, Altoids mints), Maní Caramel Mou Sale (peanuts, caramel, salt) 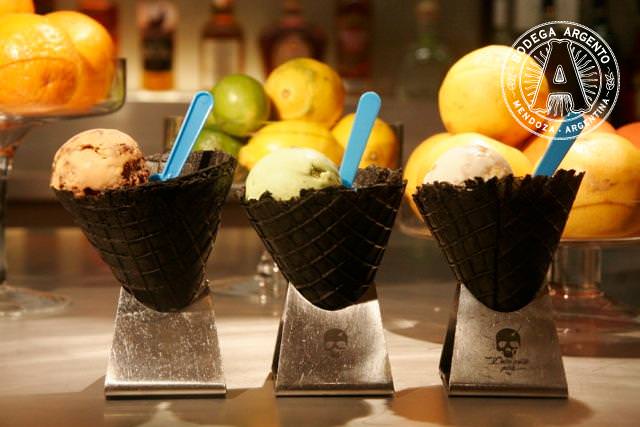 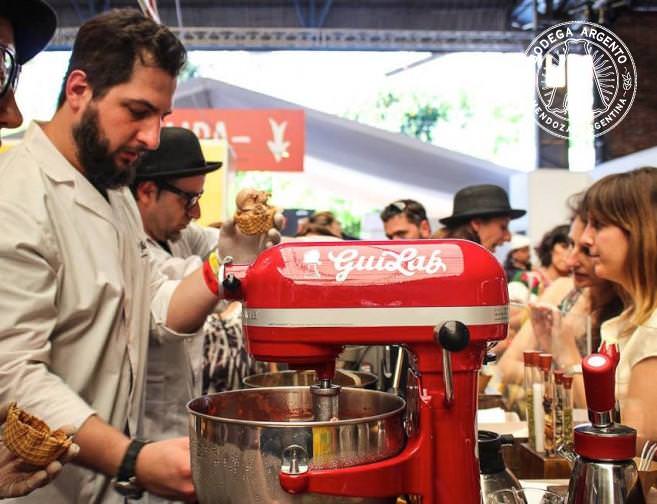 The churning nitrogen of Guilab; photo by Allie Lazar. 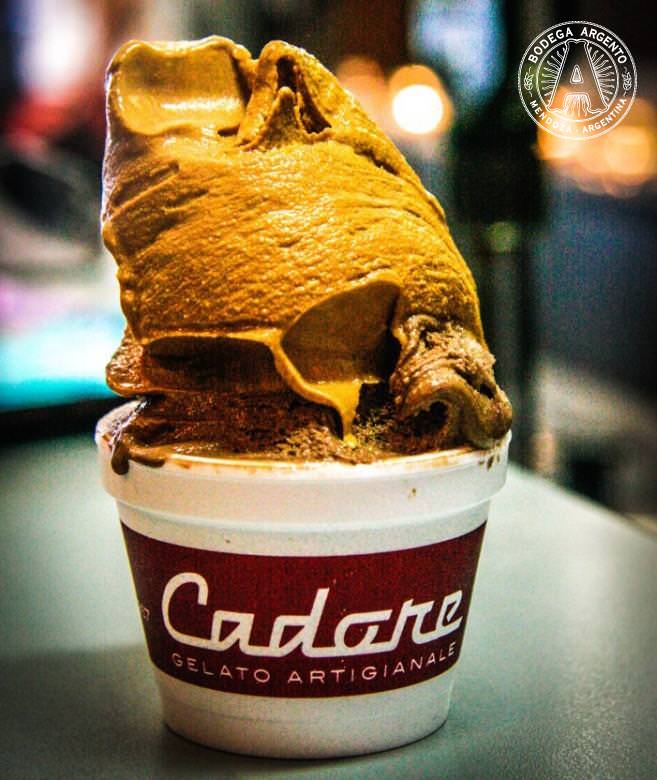 The glorious chocolate italiano of Cadore; photo by Allie Lazar.

Monte OliviaFernández de Enciso 3999, Villa Devoto Villa Devoto’s pride and joy, Monte Olivia is pretty much the mecca of the barrio. With palm trees tropically shading the outdoor tables, this old school spot on the corner of Plaza Arenales has been providing the utmost joy for nearly half a decade.Flavors of choice: Chocolate amargo (dark chocolate), Dulce de leche WADA, Sambayón

Heladeria TinoDíaz Vélez 4520, Almagro As a proud resident of Almagro, it’s an honor to have an ice cream shop like Tino’s just a kilo-call away. It’s been around since 1965, and continues to be the neighborhood favorite.Flavors of choice: Banana Split, Menta granizada (mint chocolate chip), Sambayón with cherries* *Just don’t order this trifecta together.

It wouldn’t be right to ignore the biggest names in the Argentine ice cream world. Freddo tends to be a synonym for the Argentine heladería with locations spanning across the country, and even one in South Carolina. Persicco, which was actually started by the same original owners as Freddo, comes in a close second in terms of popularity with a solid quality and interesting flavors. Smaller chains like Abuela Goye still maintained that artisanal vibe, while Un Altra Volta probably has one of the sleeker fancy looks using top-notch ingredients. Kainos also deserves a mention, a relatively new chain that seems to keep popping up all over the city. And of course I have to send a shoutout to my favorite heladerías, solely for their names: MUNCHI’S (pronounce it MOONCHEESE for an extra effect) and CHUNGO.

Is your favorite heladería on our Buenos Aires Helado Heatmap below? Tell me which Buenos Aires ice cream shop rocks your world and what flavor rouses your groin.