If you want to try a “cool” astronaut science activity with your kids, try making some Space food. Today I want to show you how to make astronaut ice cream! It’s so fun & delicious, too! 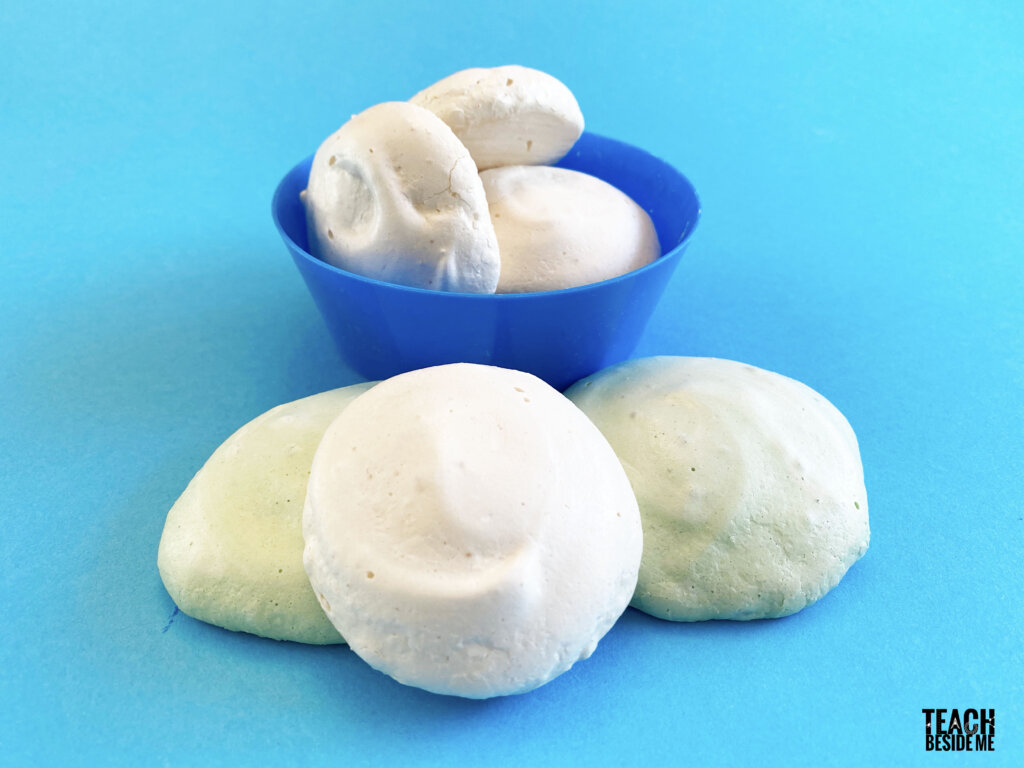 I grew up in Southern Florida. I remember each time a space shuttle would launch from Cape Canaveral, we would go outside during elementary school and watch it go off in the sky. I always wanted to be an astronaut as a kid and was certain I would make it to the moon someday.

The Challenger explosion was quite memorable, to say the least! It’s something I will never forget. But that fact that there was a woman astronaut on that shuttle only made me more determined.

During my many field trips to the Cape Canaveral Space Center as a kid, I learned so much about how astronauts. I learned how they live and work in space as well as what they eat. I was always fascinated by the freeze dried space foods and particularly loved the astronaut ice cream! I’ve gotten it for my kids a few times from gift shops at science museums.

It’s definitely a different texture and experience than eating ice cream! But, it’s fun for kids to imagine what eating ice cream in space is like. Now you can find it online easily.

How to Make Astronaut Ice Cream 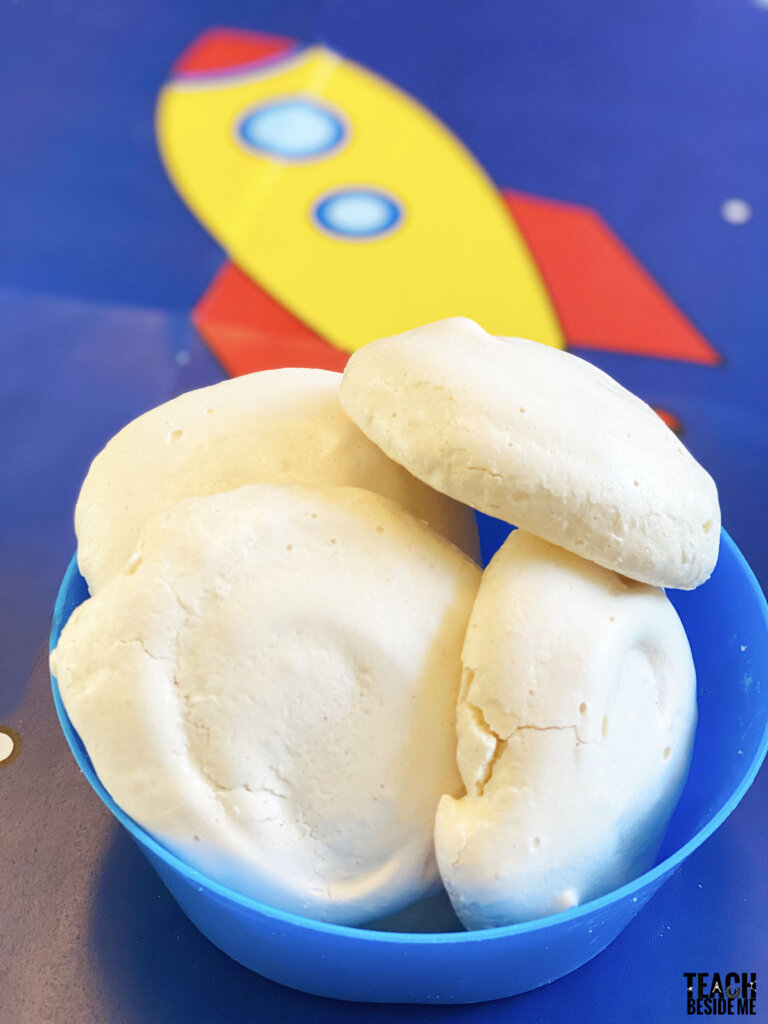 Meringue is very similar taste and texture to astronaut ice cream, so that’s what we are making today! 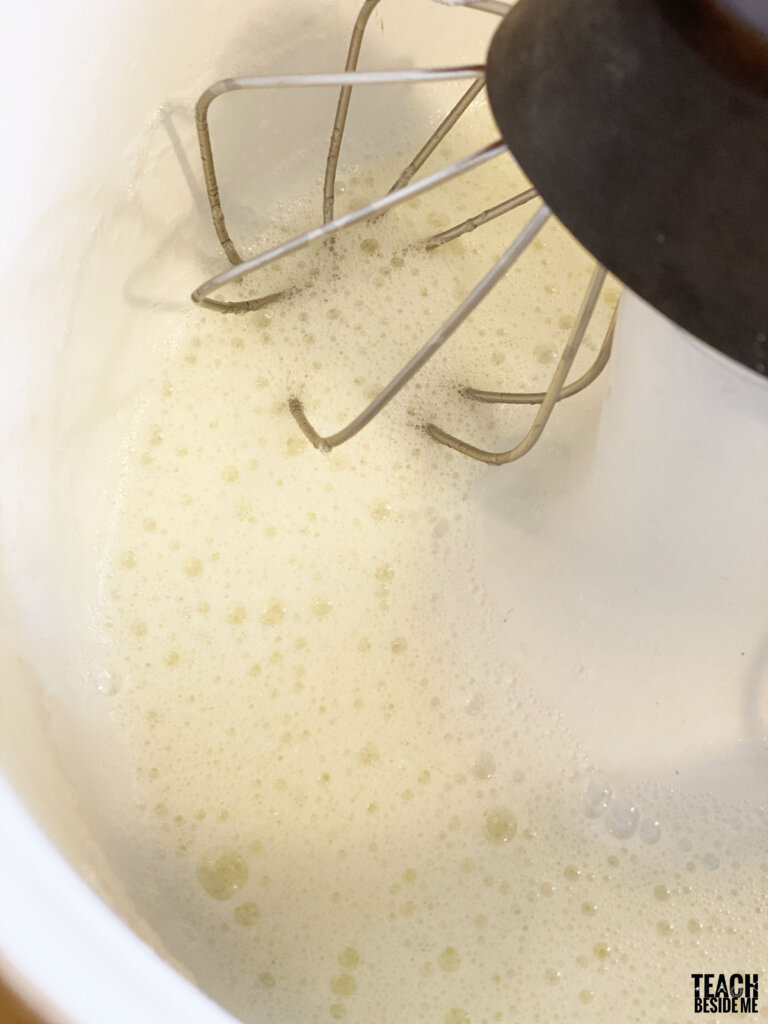 Start by separating your eggs and saving only the whites in a large bowl. Begin mixing them with an electric mixer until slightly foamy. Next add in the cream of tartar and mix again until it is white and foamy and soft peaks form. This will take a couple of minutes. 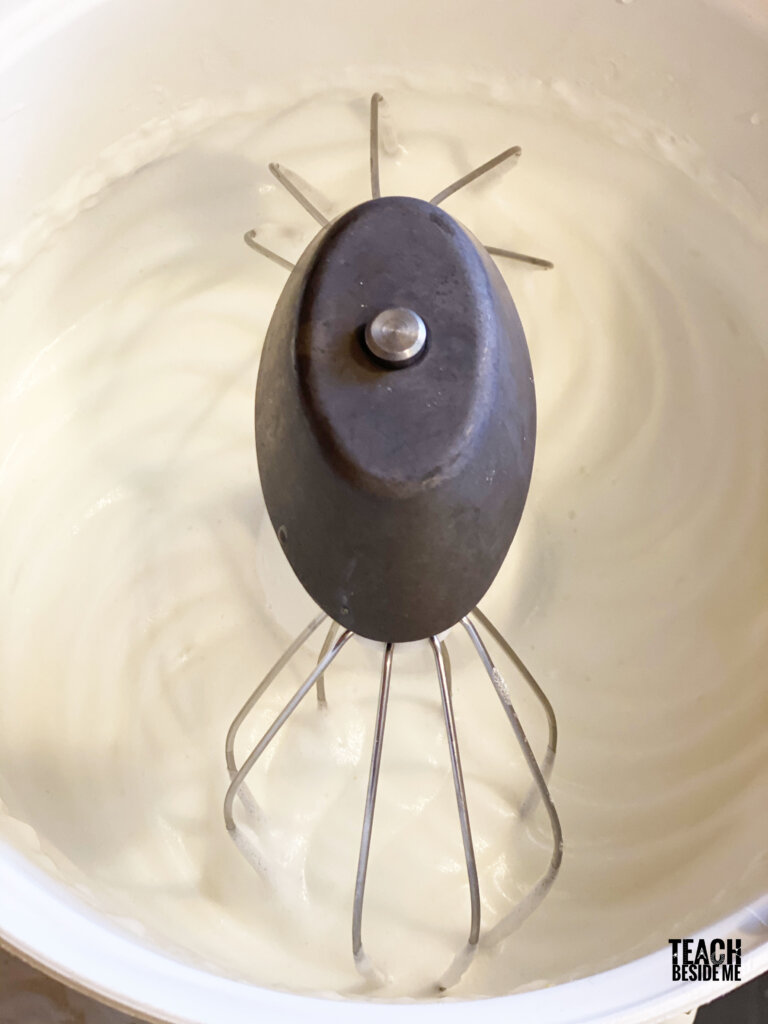 Next you will add your sugar. Be sure not to dump all of it in at once or it will deflate the foaminess! Slowly add it in a spoonful or two at a time while mixing. Add your extract and coloring in at this time, too. Mix it again until stiff peaks form- these will not bend over as you pull up a spatula or spoon.

We made two flavors with ours so I split it in half and made half vanilla and half min chocolate chip. Yum! 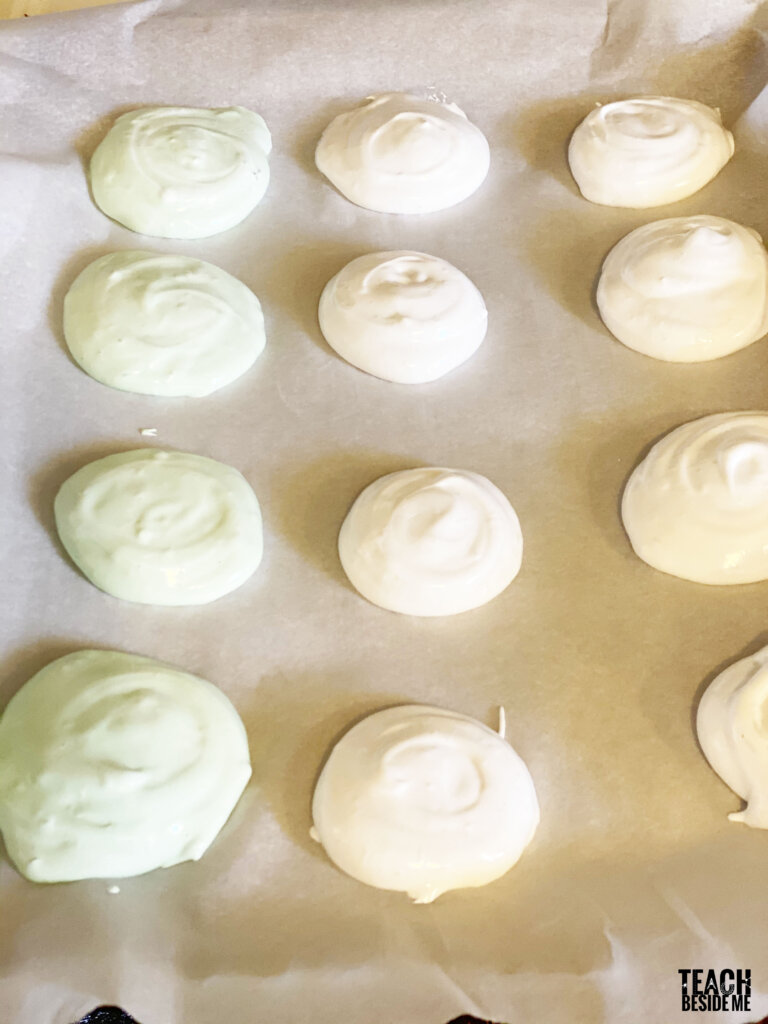 Scoop into a baking sheet lined with parchment paper and bake in an oven preheated to 200 degrees for 2 hours. This allows it time to sufficiently dry out and and get crispy. 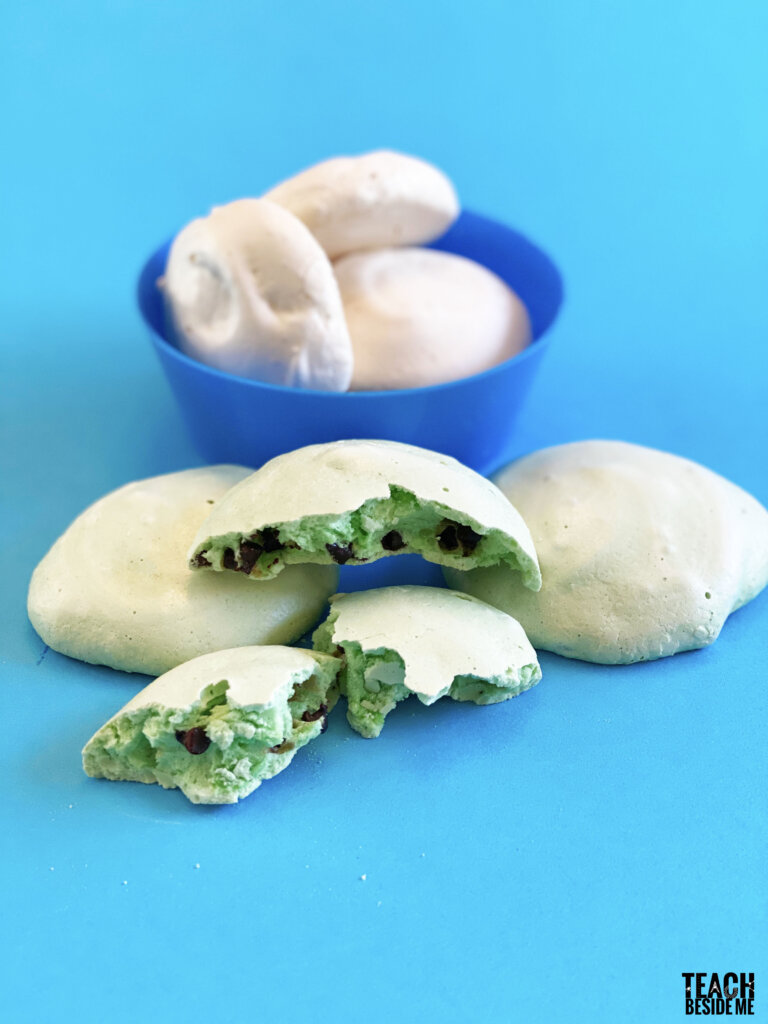 The History of Astronaut Ice Cream

The space food, astronaut ice cream was originally developed in 1968 and first made its way into space on the Apollo 7. It seems perfect, right. You don’t need to keep it frozen and it doesn’t go bad.

But, here’s the funny thing, that mission in 1968 was the only time this space food went to space! The astronauts never really liked it much. It is dry and crumbly and didn’t work well in a weightless space ship.

The Dippin Dots Ice cream is way more popular- but not actually freeze dried or eat in in space. However, this was also sold at the space museum!

The Science of Meringue

Did you know I was a home economics major in college and taught foods classes for several years before deciding to stay at home? Food science and nutrition is my thing! I am fascinated by this stuff.

Here is a little about the science of meringue and how it works.

When you whisk an egg white, it breaks down its original structure. The protein bonds are pulled apart and unwrap making it foamy. As they are mixed more, these proteins molecules link back together more loosely around pockets of air.

The sugar in the meringue is really important, too. The sugar added makes the mixture more stable and allows the baked meringues to crisp up. It also pulls the moisture out of the egg whites trapping them in air bubbles. When baking, that moisture is evaporated leaving behind crispy, bubbly meringues.

The amount of sugar whisked into the eggwhites will determine not only the stability of the mixture but also how crisp the resulting baked meringue will be.

The cream of tartar is acidic and also helps stabilize the meringue. This acid helps the egg whites to reach a higher volume as they are whipped and helps the eggs to hold in the air and the water at the same time. 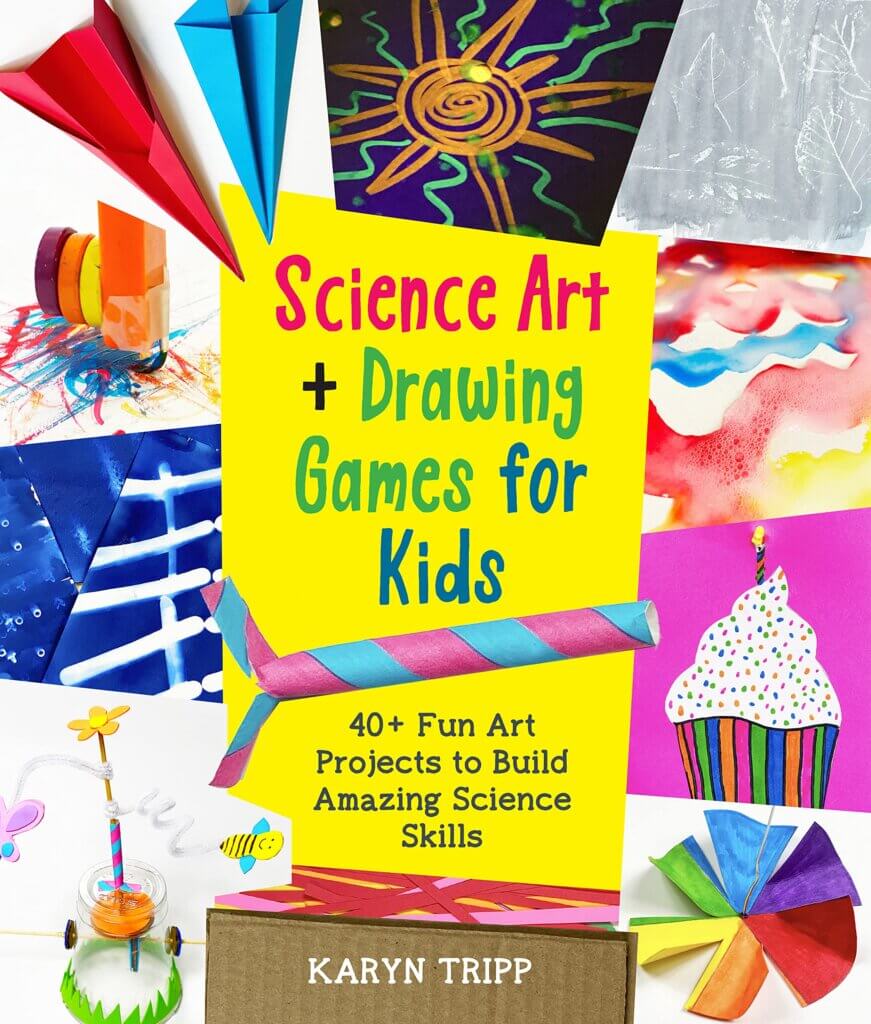