Here are the best information about Peach ice cream recipe without eggs voted by readers and compiled and edited by our team, let’s find out

If you like fresh Georgia peaches, you’ll absolutely love this No-Egg Creamy Georgia Peach Ice Cream. Filled with chunks of delicious Georgia peaches, this ice cream is easy to make, doesn’t require any cooking, and is awesome to taste. In addition, it’s velvety smooth without the telltale icy texture that plagues a lot of homemade ice creams. 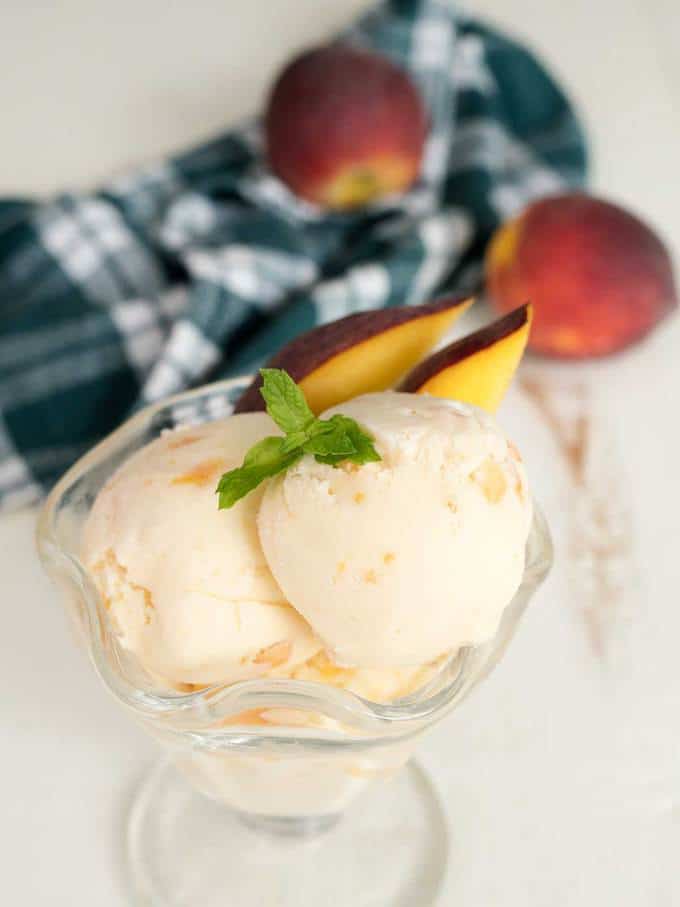 The first time that I remember as a kid having homemade ice cream was at a neighbor’s house. It was in the heat of the summer, and the neighbor was making fresh peach ice cream in a now old-fashioned hand cranked ice cream maker. I still remember after all these years how absolutely delicious that ice cream was.

A variation on the traditional churned ice cream is my No Churn Chocolate Butter Pecan Ice Cream. It’s amazing! 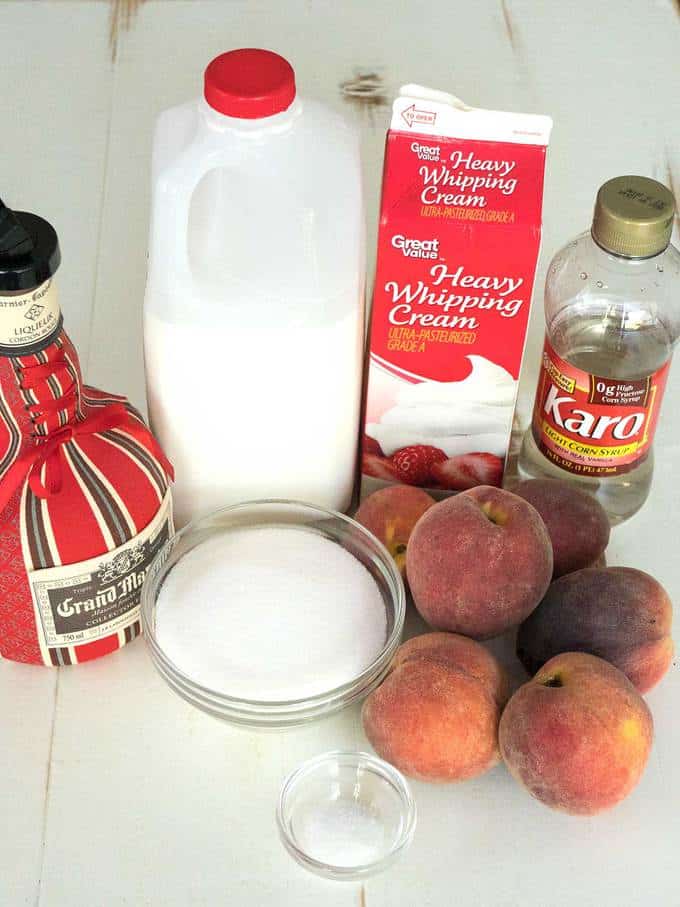 I started by peeling skin from the peaches. First, I dropped the peaches in boiling water for 20 seconds. Then I plunged them in ice water to stop the cooking. Next, I cut a “V” in the bottom of the peaches with a sharp knife. Finally, I grasped the loose skin and pulled it off. 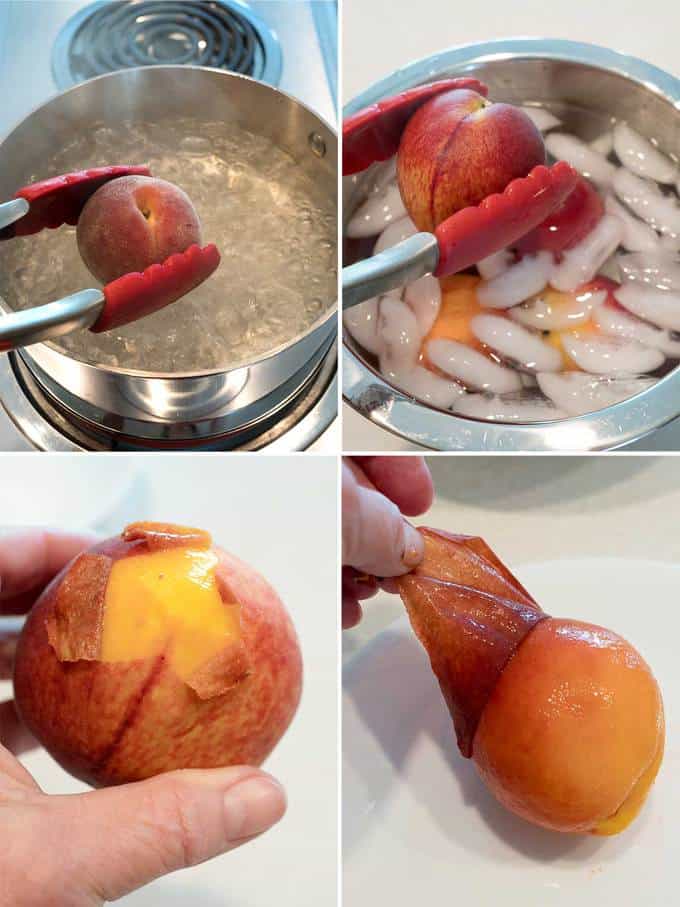 I started by cutting some of the peaches into small pieces, until I had about a cup. Next, I mixed the pieces with part of the sugar and the Grand Marnier. Then, I covered the bowl with plastic wrap, and refrigerated it for at least 2 hours. 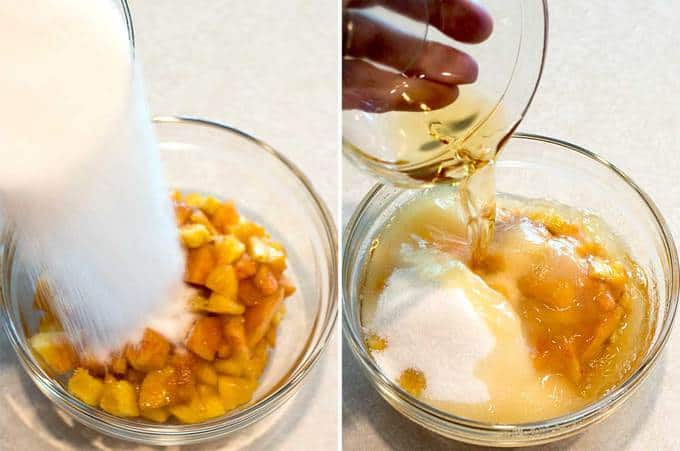 I cut the rest of the peaches into chunks, and puréed them in the blender until they were very smooth. This took about 30 seconds. I ended up with a little over 1-½ cups of the purée. Next, I whisked together the peach purée with the heavy cream, milk, corn syrup, remaining sugar, and Kosher salt until everything was fully combined. 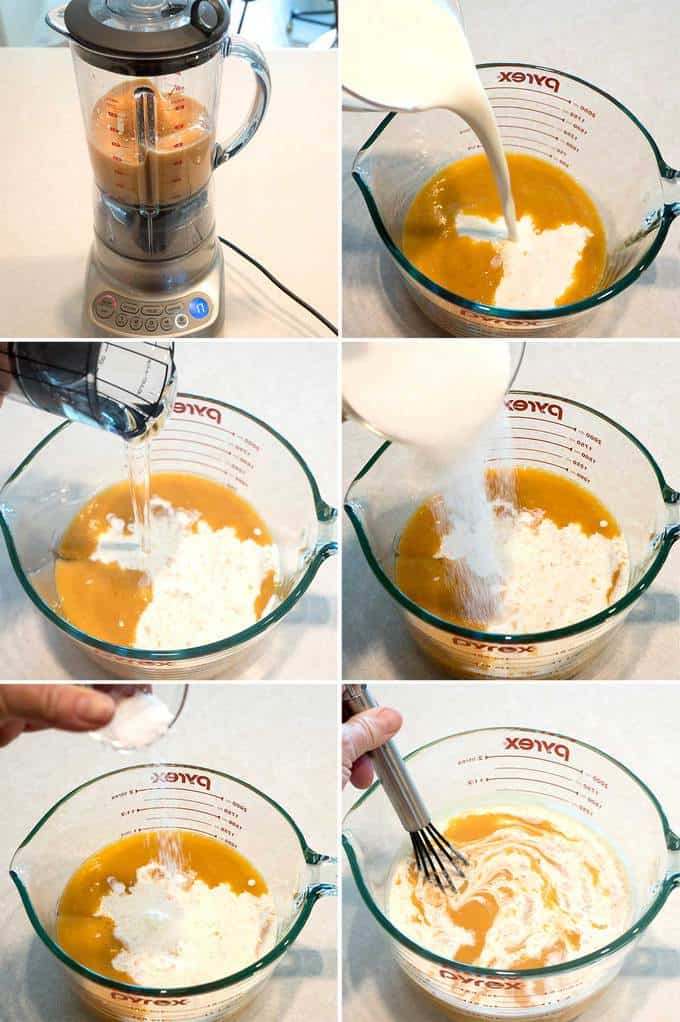 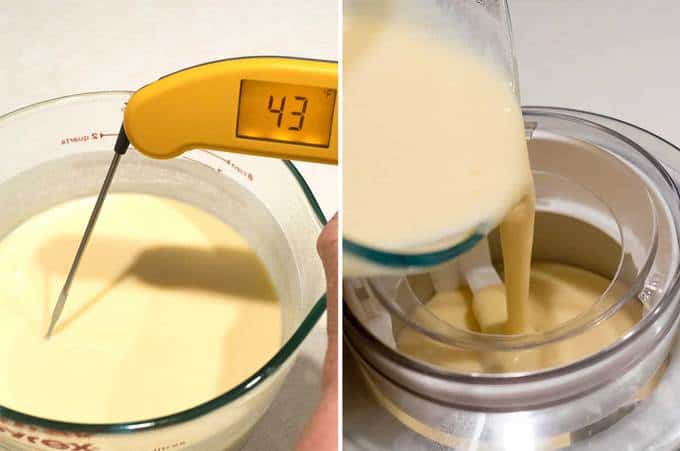 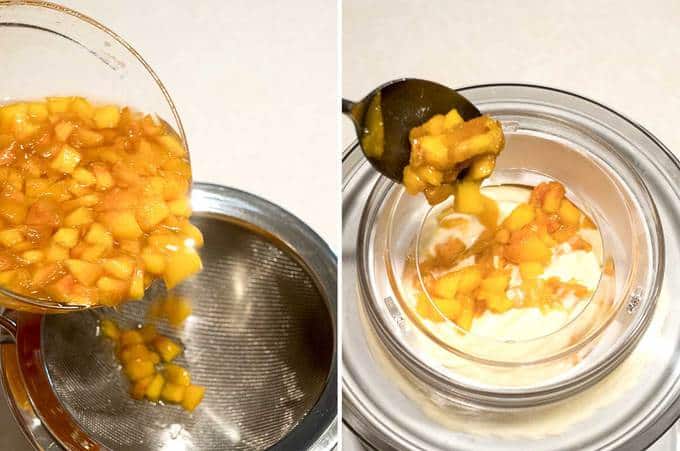 When the ice cream was done, I transferred it to an airtight container, and put it in the freezer. 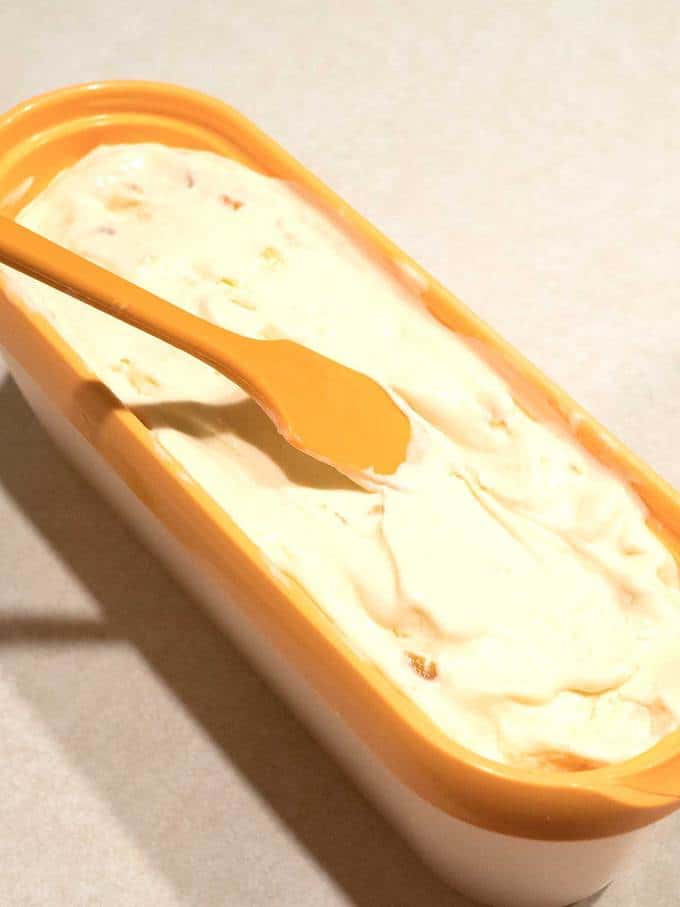 The No-Egg Creamy Georgia Peach Ice Cream was absolutely delicious! It was neither “icy” nor rock hard like some homemade ice creams can be. The Master Taste Tester commented after his first bite that the added peach pieces really made the ice cream special. I totally agree. Yum! 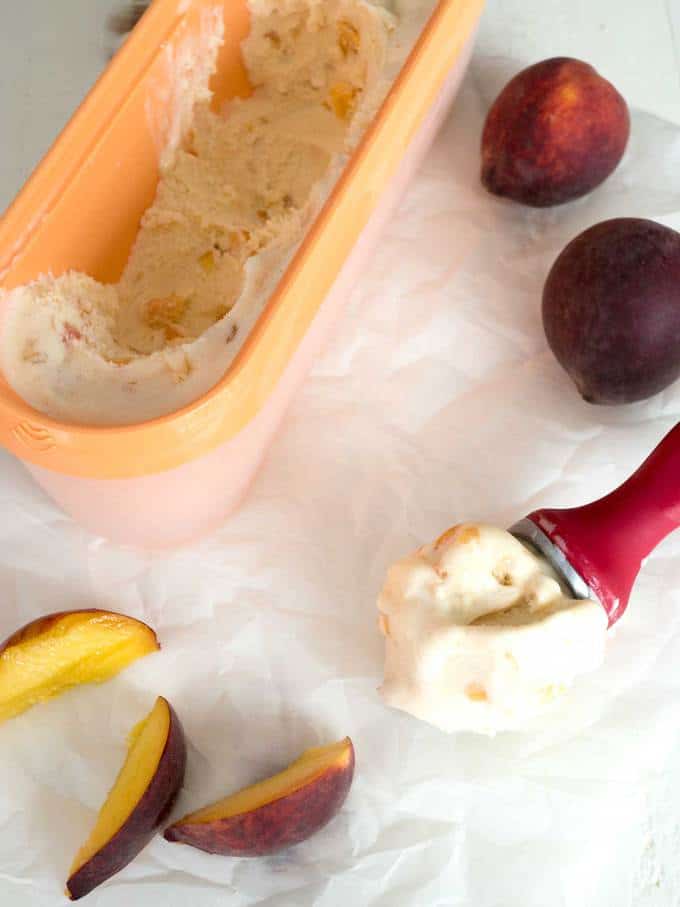