An easy and super creamy Keto Coconut Ice Cream made with simple ingredients, and which requires no steeping or churning. A summer must-try that is also sugar-free, low carb, and gluten-free!

Are you a fan of ice cream? Well, how about something as tasty as a regular ice cream, yet is low carb? Yep! That’s our Keto Coconut Ice Cream!

I have been on a keto diet for the last 2 months and shedding some pounds. Summer is here and I needed a treat that can sweetened my soul without stretching my waistline.

That’s the reason why I decided to make and share this SUPERB low carb coconut ice cream. It is creamy, as tasty as a regular coconut ice cream, and is so easy to make, requiring no steeping or churning. Cool, right?

So let’s prepare guiltless treat then!

HOW TO MAKE NO CHURN KETO COCONUT ICE CREAM

In the bowl of an electric mixer, whip heavy whipping cream until stiff, about 1-2 minutes. Transfer to another bowl and reserve.

Next, add chilled coconut cream to the mixer bowl and whip on high speed for about 2 minutes, or until mixture is light and fluffy, nearly doubled in volume.

Then, whip in erythritol, cinnamon, vanilla, and coconut flakes until just combined. Fold in the heavy whipped cream. Pour mixture into a container, cover well, and freeze for 8-24 hours or until set before serving. If desired, top with toasted coconut flakes and enjoy! 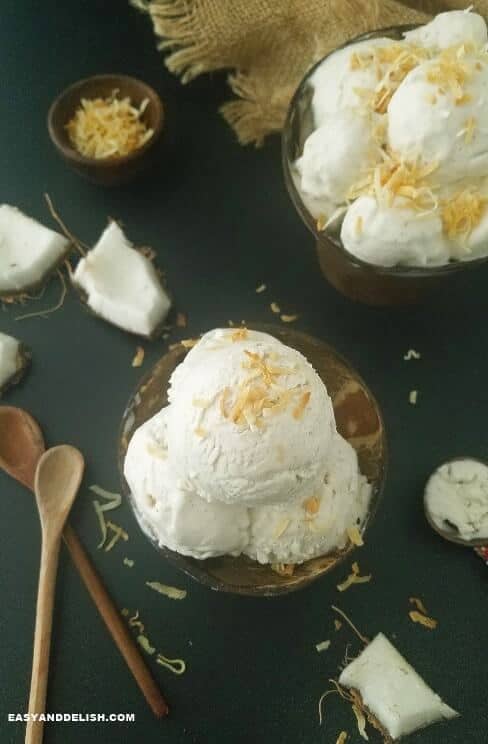 HOW TO TOAST COCONUT FLAKES

To toast coconut flakes, simply heat a no stick skillet over medium-low heat, add coconut flakes, and let them cook until golden brown, stirring every now and then. Then remove from the pan and let cool. 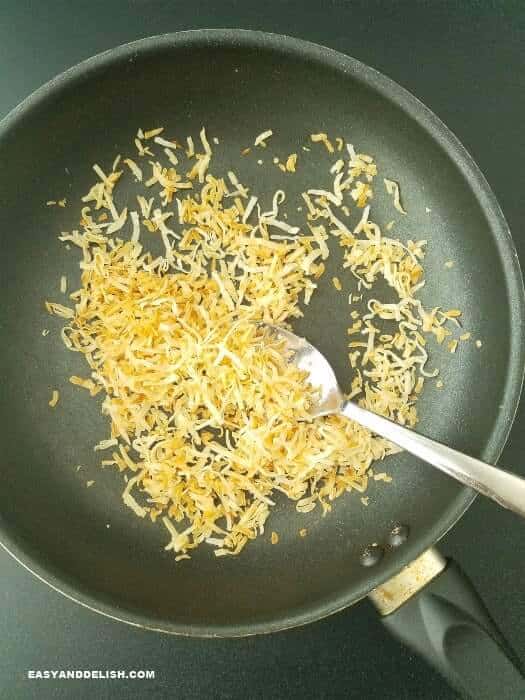 For optimal flavor, freeze sugar-free coconut ice cream, covered, for up to one month. Make sure to leave out of the freezer for about 10 minutes in order to scoop up easily.

For a dairy-free version of this Keto Coconut Ice Cream recipe, use a non-dairy whipped cream. To make it paleo and vegan, use coconut cream instead of heavy whipping cream.

OTHER COCONUT DESSERT RECIPES TO TRY