What is the KitchenAid Ice Cream Maker attachment?

Compatible with KitchenAid’s tilt-head and bowl-lift stand mixers, this Ice Cream Maker Attachment is a three-part accessory that turns your iconic beating and baking machine into an at-home gelateria. Keep the bowl in the freezer as recommended to churn out delicious desserts at the first sign of a sunny day, from sorbets and sherbets to ice cream and frozen yogurts. 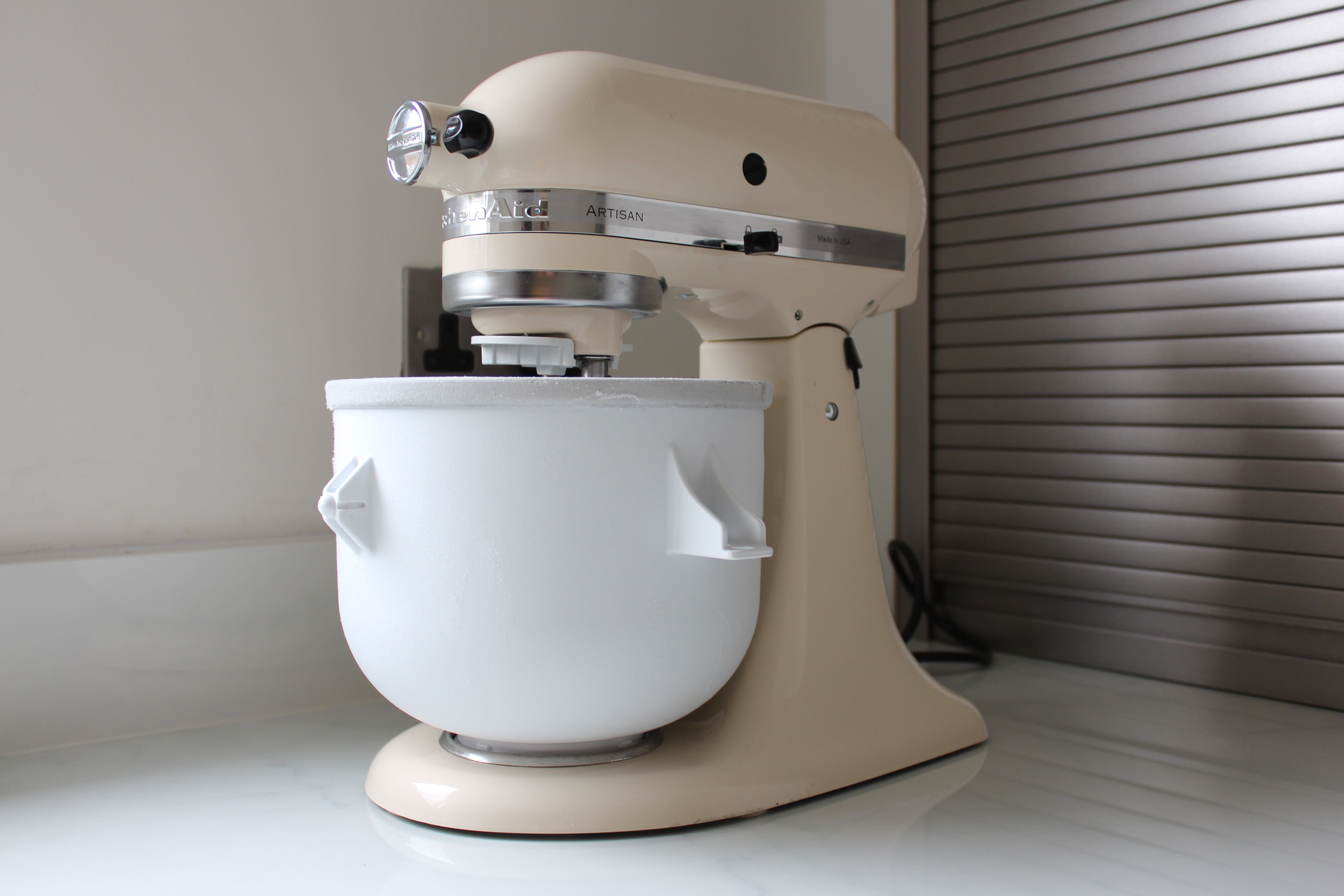 Practicality is the name of the game with the Ice Cream Maker attachment. Its robust, double-walled insulated bowl is all tough white plastic with a functional design. The bowl is filled with liquid that, when frozen, helps the contents to freeze evenly. Tilt-head mixer owners may puzzle at its oddly shaped perforated handles, but these allow compatibility with the bowl-lift mixers, too, since it attaches on either side. So, if you upgrade your mixer to a different style, there’s no need to replace the Ice Cream Maker, too.

A ‘dasher’ paddle sits within the bowl and is turned by a connecting drive assembly. This slides onto the motor head of the mixer; it’s double-sided to accommodate different sizes. The mixer is then operated on the lowest speed for the optimum conversion rate of freezing before the mixture can be scooped out and ‘ripened’ in the freezer for a harder consistency. 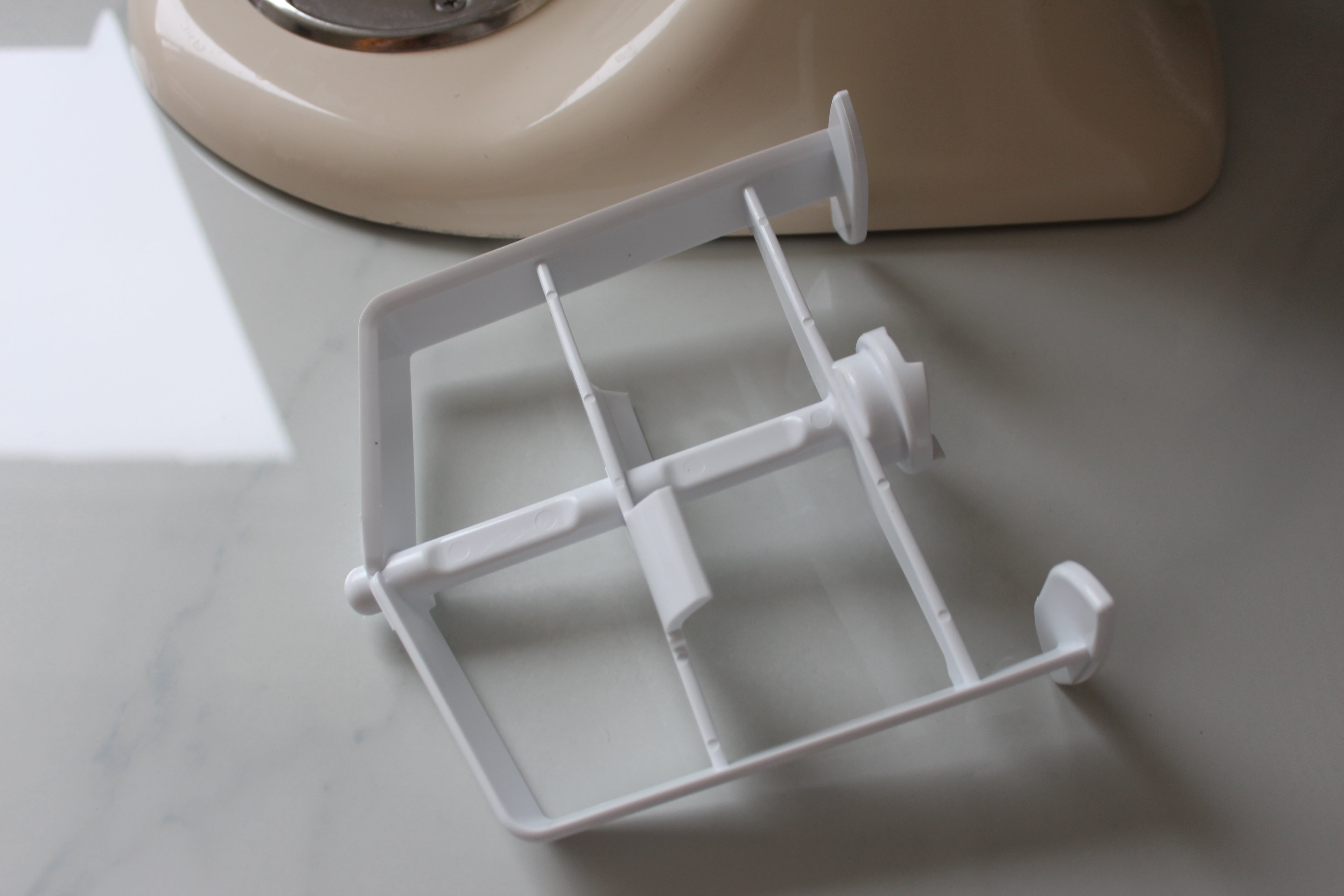 KitchenAid Ice Cream Maker attachment – What is it like to use?

The instructions for fitting the Ice Cream Maker looked quite daunting, but putting it together was surprisingly simple. I was using a tilt-head mixer and sliding the drive assembly in place was. There are pointers in the instructions about how to get the best results with the Ice Cream Maker, plus recipes that require advance preparation – this is more an attachment for adventurous cooks, rather than making speedy desserts for the kids.

The bowl needs to be frozen for a minimum of 15 hours in advance, ideally at the back of a freezer. Since it’s quite bulky, I had to remove a drawer and a shelf from the freezer to fit it in.

I started by making blueberry sorbet. After processing the fruit to a smooth paste and straining to separate the liquid before chilling, I added this to a pre-made, cooled sugar syrup. The Ice Cream Maker needed to be running on a low stir speed before adding the mixture to the bowl. Chilling the juice had resulted in some gelling, so it was messy to pour it in smoothly once the paddle was turning. I left the Ice Cream Maker churning for slightly longer than the recommended 12 minutes – but, unfortunately, it remained slushy, with the mixture around the bottom and sides of the bowl more frozen. Decanting it into a container, I left it to freeze for two hours. The final sorbet was much firmer. 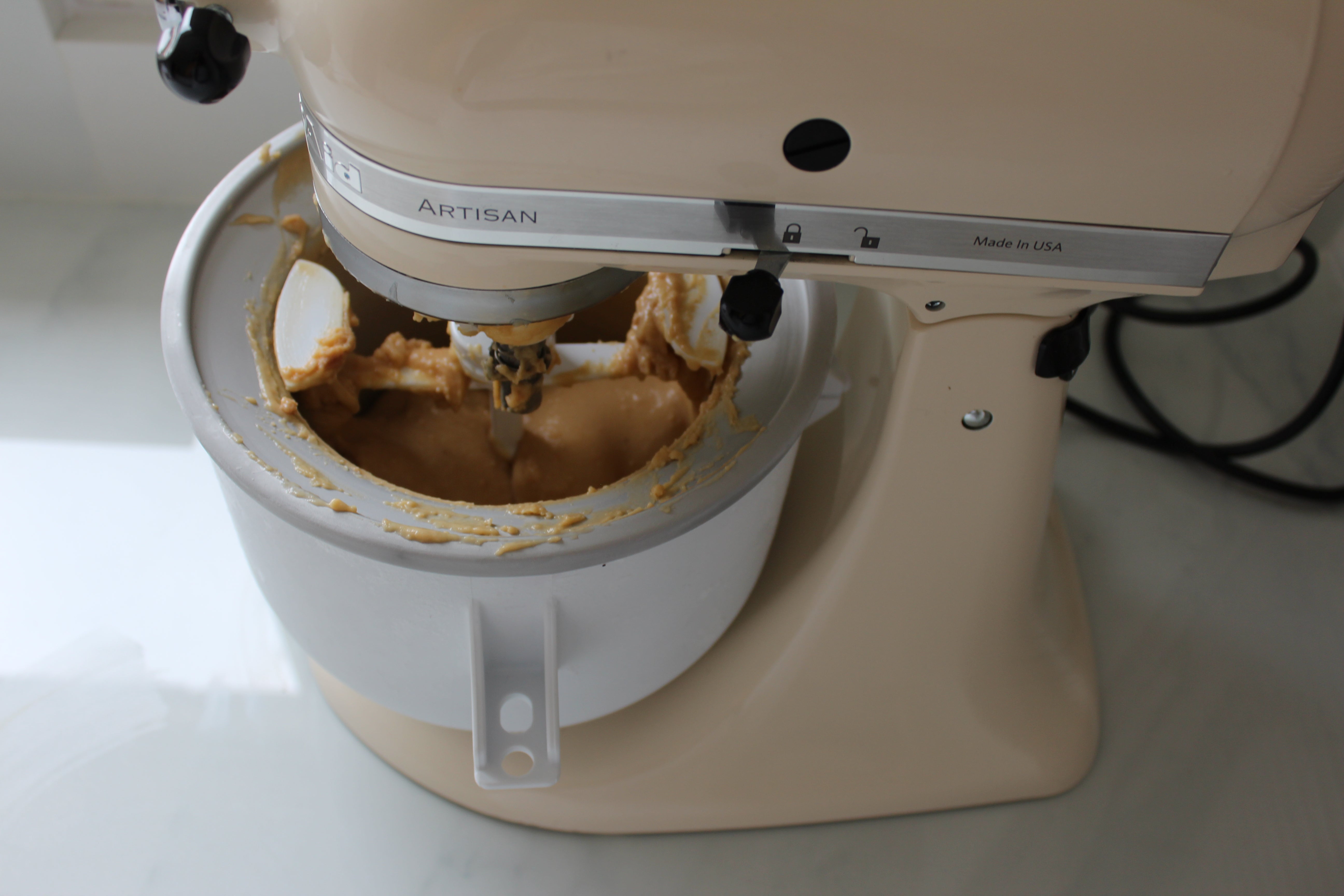 Next, I tried making gingerbread ice cream, a recipe that required advance cooking. Gingerbread, egg yolks, honey and sugar were added to hot whole milk to create a thick batter that was chilled overnight. The following morning, I assembled the Ice Cream Maker and again set it on a low speed. Decanting the mixture while the machine was running was messy; the consistency was too thick to pour. After about 20 minutes of churning, I removed it from the bowl. The consistency was relatively soft in the middle, like semifreddo, but completely frozen on the bottom and the sides. After overnight freezing, the ice cream was hard and could be scooped out smoothly once it had been removed from the freezer for a few minutes.

Both the dasher and drive assembly can be cleaned by hand or in the dishwasher. The bowl needed to defrost before being cleaned by hand, which delayed clean-up somewhat. 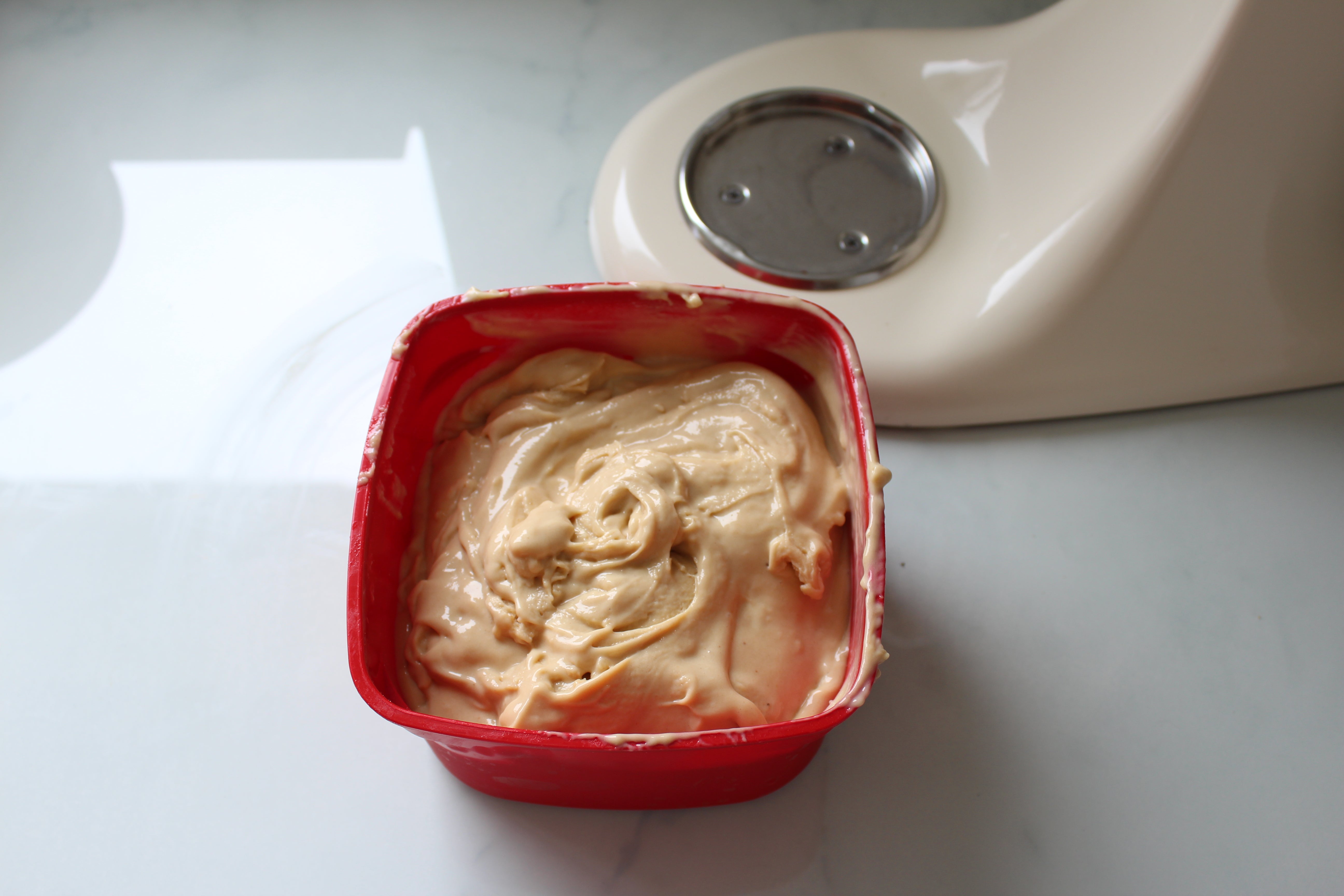 Should I buy the KitchenAid Ice Cream Maker attachment ?

The Ice Cream Maker is a great way for existing KitchenAid mixer owners who are keen cooks to expand their repertoires. Its recipes have been designed to encourage experimentation but may require a few attempts to achieve perfect results. Where the Ice Cream Maker excels, though, is in its robust feel, and – since it’s an open bowl – offering the ability to add fruit, nuts or chocolate chips towards the end of the churning.

A crowd-pleaser – if you have big ideas for ice cream flavours and a freezer size to match.