Below are the best information about Blue cheese ice cream voted by readers and compiled and edited by our team, let’s find out

The problem with reality TV shows is that if someone is fairly unknown to you before you see them in one, reality shows trivialise their qualifications. Forgetting that they needed some sort of great reputation in order to clinch the reality tv show deal in the first place. Take Queer Eye for the Straight Guy’s Ted Allen. The one dismissed as “the boring one” or “the one that doesn’t really seem that gay”. I assumed that he was just some guy that liked cooking and eating and had some good recipes but he had quite a career in food writing beforehand being contributing editor of Esquire, food judge, restaurant critic and documentary host. 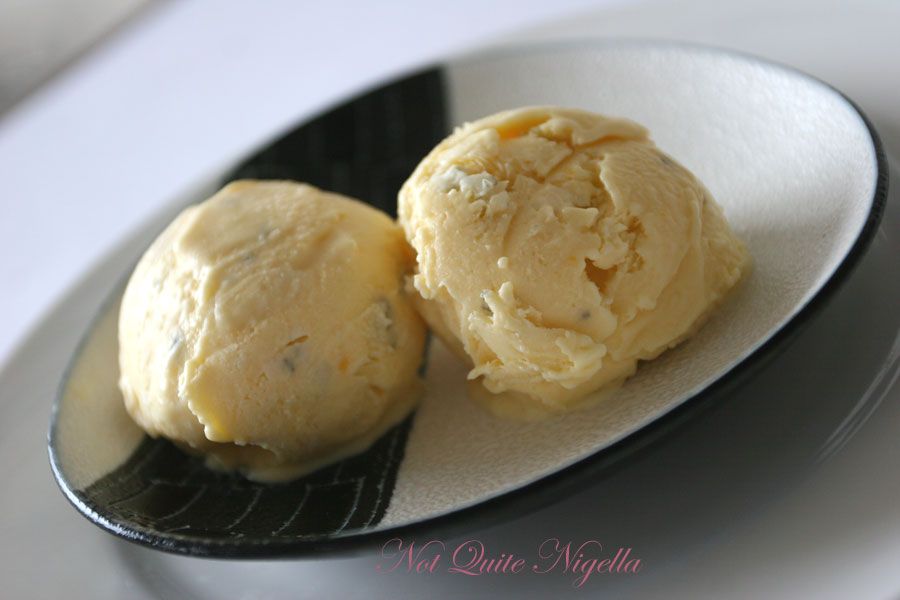 And as an antipodean, I confess that until recently when Channel 7 started broadcasting Kitchen Nightmares, I knew very little about Gordon Ramsay except that he swore at lot and got very passionate or angry, however you looked at it, in the kitchen. I didn’t know much about what he actually cooked as I hadn’t been to any of his restaurants. I assumed that it would’ve been rather excellent as he inspired a lot of awe and nervous laughter from the chefs in the restaurants that he tried to save in Kitchen Nightmares and that his furrowed forehead was a permanent fixture, capable of reducing a junior cook to visible shakes.

I picked up his book Gordon Ramsay 3 star Chef in Borders the other day, a heavy $100 bright white tome. Flicking through it I had to sit down. The pictures were nothing short of awesome, the food and recipes jaw droppingly good with combinations you’d never have thought to put together in your life but upon reflection seem perfectly harmonious. The pastry section, “The Dark Arts” was of course my favourite and this was where the artist really let loose with flamboyant, fanciful and fabulous desserts.

I even saw a few recipes that I could do myself which was heartening. And because this seemed the easiest to replicate using my tried and true ice cream recipe that does not require an ice cream maker. I thought I’d make it first: Gorgonzola ice cream. Don’t let the idea put you off, its simply divine, even if you’re not a blue cheese fanatic like myself. The reason I’ve put such varying amounts of gorgonzola is for your personal preference but please don’t use any other blue cheese. Try it and defy me please…

Step 2 – While cream is heating, whisk egg yolks and caster sugar until light and fluffy

Step 3 – Stir egg and sugar mixture into cream on low heat until thick and coating the back of a spoon.

Step 4 – Crumble gorgonzola and stir to melt. Start with 100g of the cheese and taste it, it will hit you as “marvellous” when you’ve got the right amount and then add extra 20grams if it doesn’t sing out to you. 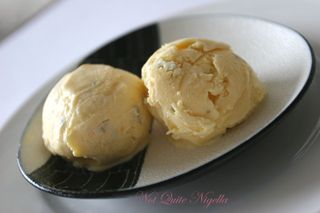