Welcome to our list of the types of ice cream flavors around the world. Everyone around the world has taken a bite off the frozen dessert one way or another. Some of us consume it during the heat waves in our countries while some people would enjoy it even during winter. The ice cream market is competitive because of this. As a result, ice cream nearby your home or office comes up with different varieties to keep people interested.

The inspiration for the types of ice cream comes from different origins. Our goal is to give you a few examples of these ice cream types, what their most popular flavors are, the original way of serving them, fun facts about how they were created, and where you would most likely find them.

There are many possible reasons as to why you would want to know about the different types of ice cream. You could be looking for a new way to serve your ice cream flavors or you just like ice cream so much you like to read all about them. Either way, we got a few examples here for you to go out and check in the real world. Who knows? You might even find your favorite type here!

Ice cream was introduced to the world in the 2nd century. Unfortunately, no one truly knows the specific date of its discovery or who invented it. There are accounts of Alexander the Great, King Solomon, and Nero Claudius Caesar enjoying these frozen treats that took many people to prepare.

Marco Polo learned about a dessert similar to sherbert 1,000 years later and introduced it to the Italians. Around the 16th century, England’s nobles were also seen enjoying the treat. Catherine de Medici, an Italian noble, introduced the dessert to her husband Henry II of France. By the year 1660, Procopio Cuto, a Sicilian chef, introduced it to the public through Cafe Procope in France.

By the time it emerged in the United States of America, the technology was advanced enough to be able to sell it to customers every day. It was popular even to President George Washington who consumed over 200 dollars’ worth of ice cream in the summer of 1790 alone. Even to President Thomas Jefferson who created his special recipe with similarities to modern baked Alaska. It was only in the 1800s that it also became a common dessert for middle and lower-class citizens.

Ice cream is now a global sensation. Technological advancements for transportation have created a blend of different types of ice cream. People with different backgrounds have blended well since then. As a result, the influence of two different cultures in dishes has been present in modern ice cream flavors. Every new fusion of ice cream adds growth in ice cream production, generating impressive numbers. In the United States alone, ice cream is produced over 6.4 billion pounds annually.

Types of Ice Cream Around the World 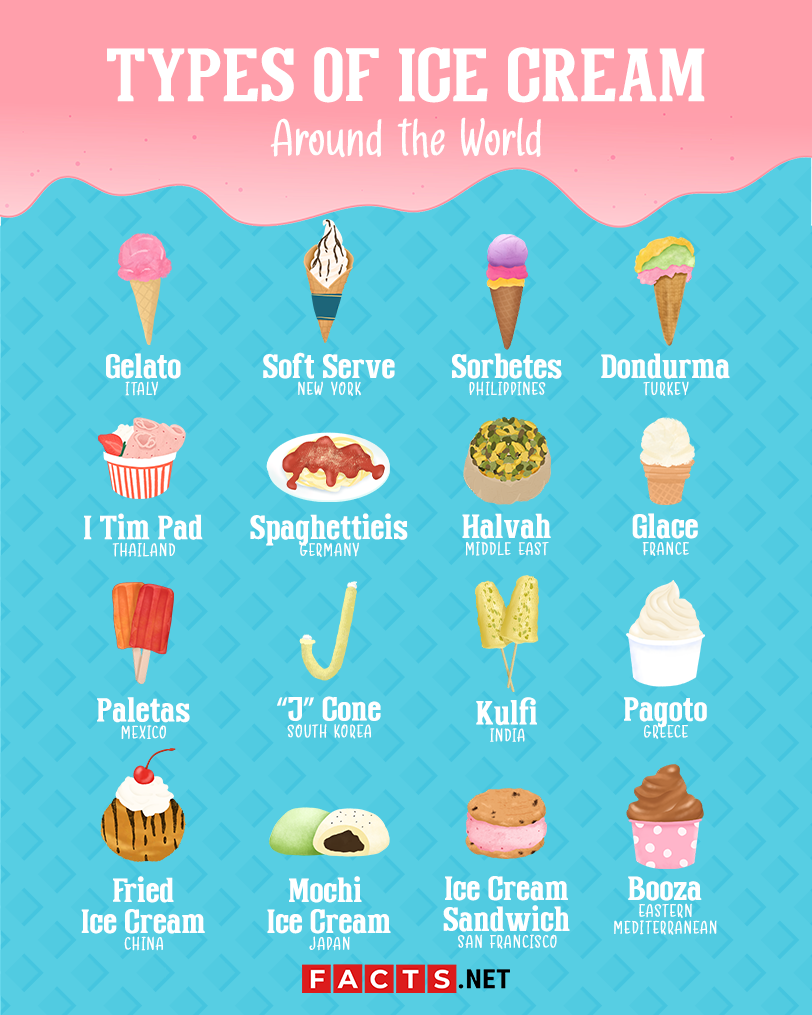